'I would have been nervous!' - Klopp praises 'exceptional' Williams as Liverpool shut out Atalanta
Match

'I would have been nervous!' - Klopp praises 'exceptional' Williams as Liverpool shut out Atalanta 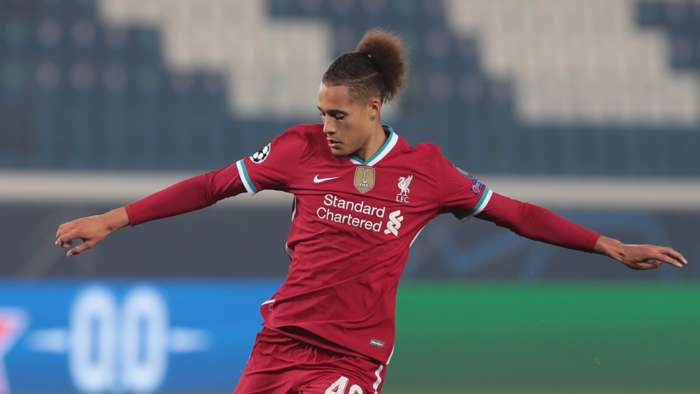 Liverpool manager Jurgen Klopp has heaped praise upon defender Rhys Williams for his performance in their 5-0 Champions League win over Atalanta, admitting he would have been "nervous like hell" in the teenager'sposition.

Atalanta had scored six goals in their previous two Champions League fixturesbut failed to find a way past Liverpool, who were alsobolstered by a strong performance from Alissonin goal.

Klopp singled out Williams, however, as he saluted the 19-year-old's calmness and praised his entire defencefor stepping up in the absence of their star centre-back.

“We can start with Rhys – exceptional. I cannot imagine being 19 years old and playing my second professional football game in the Champions League against Atalanta striker Duvan Zapata, it’s incredible! I would have been nervous like hell, but the boy was not," Klopp said post-match.

“Defending is obviously a common thing, and how the team defended tonight was absolutely incredible. When you leave the last line alone, which we did from time to time, we won the challenges anyway.

"We had to change because Virg is not there anymore, so we share the responsibility. We put it on 10 shoulders instead of one, and tonight it was incredibly good what the last line did, supported by all the others.

"Everybody has to step up now; Robbo Andy Robertson, Trent Alexander-Arnold and Joe Gomez, they are in charge. If Joel Matip plays then it is different but if it is one of the young players, then they have to demand and command that line.

"It was really nice to see. I couldn’t be more happy for Rhys. You should see him in the dressing room, you’d need something special to get the smile off his face! It’s good to see."

Last season, Williams was playing on loan for English sixth-tier sideKidderminster and has suddenly made the drastic step up to Champions League football.