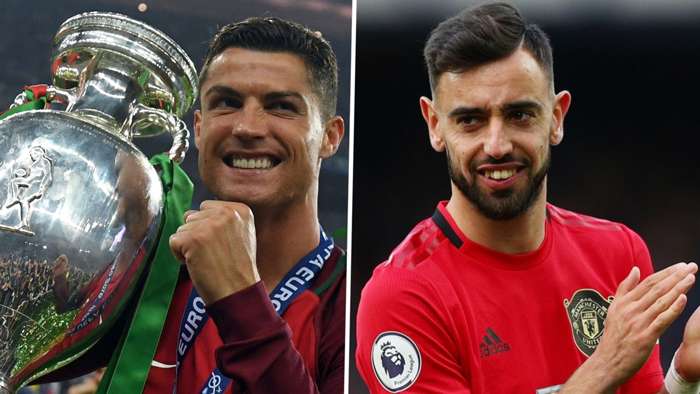 Bruno Fernandes has revealed his wild hotel celebrations after Portugal's Euro 2016 triumph, which he watched alone in his room while away with Udinese for a training camp.

His outstanding performances at Sporting CP attracted attention from a number of the world's top clubs, and after one of the longest transfer sagas of the last decade, Manchester United won the race for his signature in January.

Fernandes had previous experience in a major European league from his time at Udinese in Serie A between 2013 and 2016, but few could have predicted how quickly he would adapt to the demands of English football.

The Portuguese midfielder has scored eight goals and laid on seven assists in his first 15 appearances for United, establishing himself as a firm fan favourite and the new creative hub in Ole Gunnar Solskjaer's squad.

Four years ago, he was still awaiting his first cap at international level, and wasn't even considered for a place inFernando Santos' squad for the European Championship in France.

However, Fernandes still tuned in to see Portugal win thetournament by beating the host nation in the final, while taunting two Udinese team-mates with allegiances to Les Bleus.

The former Sporting star has explained howhe couldn't contain his joy after the final whistle, telling the Portuguese football federation: "I was in a hotel during a training camp with Udinese at that point and I had two guys – two French players – with us: Thomas Heurtaux and Cyril Théréau.

"I bet with Heurtaux that whoever lost would take a picture with the other and post it on social media. Even today my photo is still there on my social networks – and on his social networks too, I believe.

"I remember watching the game alone in my room. Everyone else was watching it on a giant screen. I said no, I'll watch it alone in the room because they'll bring bad luck, so let me stay here.