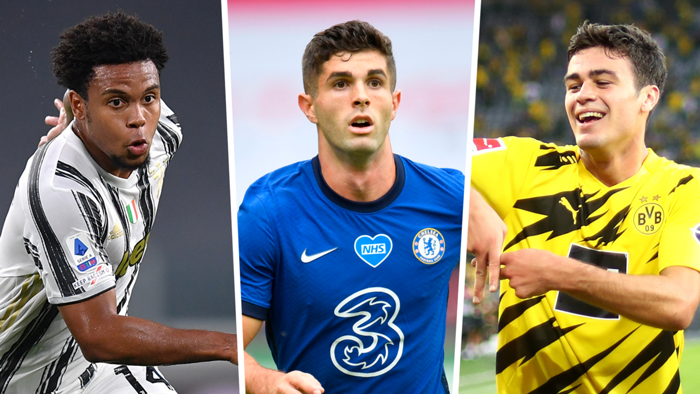 FormerManchester City defender Micah Richards is impressed with the progress being made by American players across Europe, saying he wants to see the USMNT win a World Cup someday.

Barcelona became only the second team to play two Americans in the same Champions League match, after Tim Howard and Jonathan Spector featured for Manchester United against Fenerbahce in 2004.

With De la Fuente's entrance into the game he became the record seventh American to play in the Champions League this season, breaking the previous mark of six set in the 2004-05 season.

In addition to the quantity of American players this season, their young age also bodes well for the USMNT's future with Brugge goalkeeper Ethan Horvath the oldest of the group at just 25.

Speaking on CBS Sports, Richards was full of praise for the young U.S. stars, saying they could be a part of something special in the future.

"It's great to see," Richards said. "We're in a time where Americans have not really been given the respect, and now they've got all these young players at top clubs, but not just sitting on the bench or in the squads they are actually making an impact and that's what we like to see.

"Dest,De la Fuente, it's just brilliant to see because they deserve the respect now, and they've got some real good talent.

"I want to see themtranslate what they're doing at club football to the national team as well because I want to see America win a World Cup!

"Now that they've got some top players – Pulisic is my guy, you know he's a real superstar. We get to see him week in, week out. What a player, what a guy."