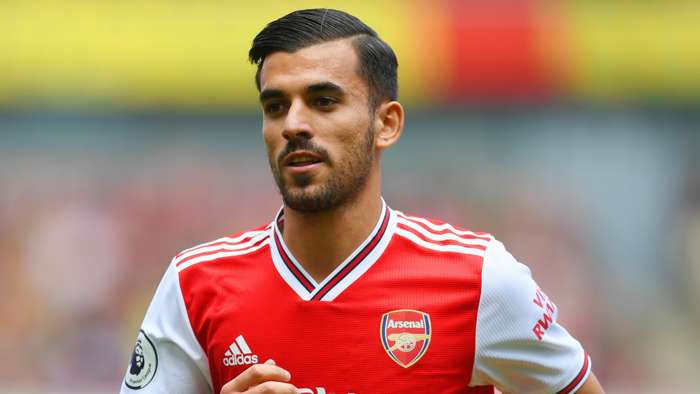 Dani Ceballos says that a permanent move to Arsenal would be a "good step" in his career, and that he is "very happy" at Emirates Stadium.

The 23-year-old has featured in 34 matches for the Gunners in all competitions in 2019-20, scoring two goals and laying on two assists.

Ceballos has been a fixture in Mikel Arteta's starting XI since the resumption of the Premier League last month, and his latest performance helped the team secure a place in the FA Cup final.

The Spain internationalstarred in Arsenal's 2-0 victory over Manchester City at Wembley on Saturday, working alongside Granit Xhaka to great effect in a midfield pivot.

Arsenal have already reached an agreement with Madrid to extendCeballos' stay at the Emirates through to the end of August, but he is still under contract at Santiago Bernabeu until 2023.

Although the Blancos star is planning to wait until consulting with his parent club before making a final decision on his future, he is very much open to continuing his development in north London.

"Right now, I'm only thinking about the next games because if we win them, we have some chance of qualifying for the Europa League," Ceballos told Sky Sports. "After that, I have to be calm. I have to return to Real Madrid and they have to make a decision because I have a contract there for the next three years.

"Once I know their decision, I will sit down with my family and the people close to me and see what's best for me next year, but the truth is I'm very happy at Arsenal.

"It's a club in which I already have a year of experience, so it would be very easy to return. I wouldn't have to adapt to a new league or new club with a different manager and players.

"I think it would be a good step for me, but like I said, my future depends on Real Madrid and right now I don't know their decision."

Ceballos went on to discussthe main differences between La Liga and the Premier League, while also admitting that he initially struggled to get to grips with the intensity of English football upon his arrival at the Emirates.