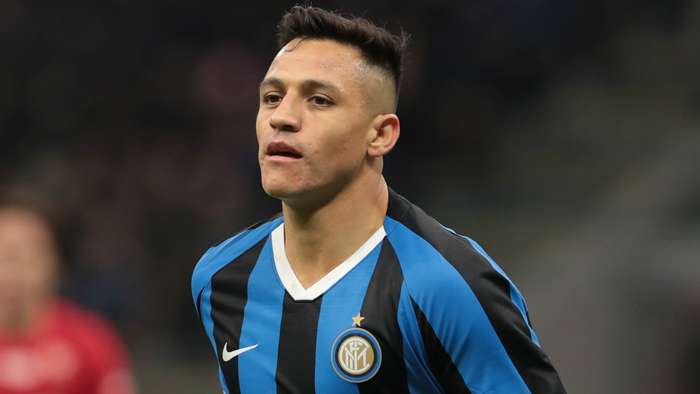 Alexis Sanchez has spokenon his decision to remain at Inter after he officially closed the door on his Manchester United career, revealing that he is "eager to fight" for silverware with the Serie A side.

Having completed a permanent move to Inter, the 31-year-old is expected to figure for the club againstBayer Leverkusen in next week's Europa League quarter-final in Germany, in which United will also compete against FC Copenhagen.

Sanchez thanked supporters for helping him to reignite his career following his misfires at United, adding that he is hungry to achieve success during his stay after the club finished as runners-up to Juventus by a single point in Serie A this term.

"I'm really happy to be staying here with you, Inter fans," he stated in a video posted to the club's social media feeds."I've found a family here, and the staff are great.

"It's a group where there's a real desire to win something big. People here want to fight together as a team to give the club the success it deserves.

"I'm hungry and I want to win -my goal is to make all our fans happy. I'm here to win, and I'm happy that I'm staying here at Inter!"

Sanchez originally arrived at United in January 2018 from Arsenal, signed by Jose Mourinho following a string of eye-catching performances for the Gunners, helping them to two FA Cup successes during his stay at the Emirates Stadium.

He never lived up to his reputation, however, managing just five goals in 45 games for United before Ole Gunnar Solskjaer loaned him out to Inter last August as the Norwegian prioritised youth up front in attack.