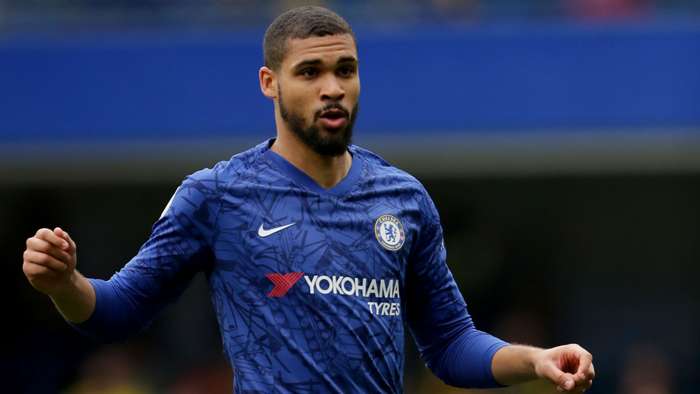 Ruben Loftus-Cheek says he is fully focused on winning back a regular spot in Chelsea's line up, and that he feels "completely strong now".

The 24-year-old was forced to undergo an intensive rehabilitationprogramme which saw him miss the first half of the new season, but he beganto work his way back to full fitness at the turn of the year.

Chelsea were preparing to welcome Loftus-Cheekinto the fold before the coronavirus outbreak brought the campaign screening to a temporary halt in March, which forced him to continue his recovery in self-isolation.

The England international was finally cleared for a return to actionwhen the Premier League got back underway in June, as he started Chelsea's first gamein three months against Aston Villa.

Loftus-Cheek looked rusty during the 2-1 win at Villa Park, and although he has gone on to appear in all eight of the Blues' subsequent fixtures, seven of those outings have come from the substitute's bench.

Despite the fact he is not yet a regular in Frank Lampard's starting XI, the talented midfielder insistshe is finally on track again physically and mentally, as he told Chelsea's official website: "For me, the concerns over my injury have completely gone.

"I feel completely strong now. Strong in my body, strong in my ankle, my calf and strong in my mind too. Mentally I feel really good now and so that doesn’t affect me on the pitch.

"In terms of my injury, there are no lingering concerns for me and I would happily go and fly into a tackle.

"The only time I really had that was when I was coming back for the first few training sessions, and you’d get a little kick on the ankle area and be a little worried. But now, that’s long gone in my mind because I’ve had those kicks in games and I’ve had those knocks in training. My ankle is strong and I have no problems there at all."

Loftus-Cheek added on his desire to make up for lost time and maximise his potential at Stamford Bridge:"The focus now is for me to keep working hard and force my way into the team on a consistent basis.

"I’ve played a few games now and it was just such a great feeling to get back out onto the pitch after 13 months out, and be there helping the team.

"We want to finish the season strongly ahead of next season and it’s the same for me on a personal level too. I want to get into the run of playing consistently because you get that ‘smell’ for the games and the more you play, I feel the sharper you get. You can anticipate things on the pitch more and your confidence grows with each game.

"I think if I can get that and play at my best, then hopefully I’ll be able to see how far I can develop and how far I can go as a Chelsea player."