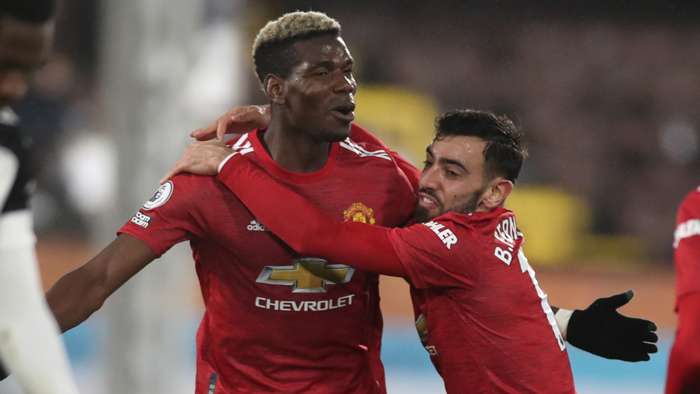 Mino Raiola says he did not want to cause problems for Paul Pogba when he declared that the midfielder's time at Manchester United was "over".

Raiola denies that his comments had any effect on his client and Ole Gunnar Solskjaer's team.

"I just expressed an opinion, I didn't want to cause any problem," Raiola toldBBC Sport. "I don't think that it destabilised anybody, because they had a fantastic run and they were even first, for a period, in the league.

"You think big players like Paul Pogba - or Solskjaer, who won everything in his life - get destabilised by what Mino Raiola says? Come on, please. I don't talk about it any more. It makes life a little bit boring, but it is what it is."

He added: "Whenever I tell my opinion, everyone in England goes berserk, and I am the worst agentor the best agent, and the clubs get so stressed from the public and journalists that I have learned not to talk much about it."

Pogba's future has been the subject of media speculation for much of his time in England, with reports linking him with a return to Juventus and a move to Real Madrid. Raiola even said in December that the midfielder could go back to Turin.

The 27-year-old, whosecontract at Old Trafford expires in summer 2022, said last year that he was going through the most difficult spell of his careerbut he insisted in January that he is "enjoying" life at United.

Meanwhile, United boss Solskjaer said this month that Pogba was happy but would not be drawn on the star's future at the club.

Pogba has been a key player for United this season, however, having made 28 appearances in all competitions and scoring four goals. He was kept out for several weeks with an injury in November, however, and has missed his side's last four matches with a hamstring problem.