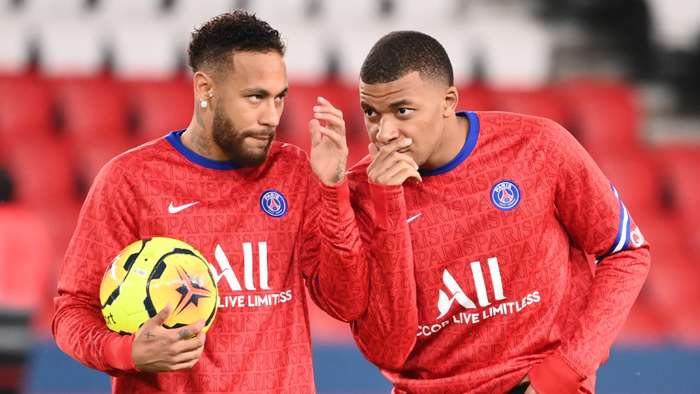 Messi pushed for a move away from Barca last summer only to perform a dramatic U-turn,but has yet to make a final decision on his long-term future.

The Brazilian's remarks have not fazed Koeman, though, with the Dutchman insisting he would also be interested in signing Neymar or Mbappe.

"If you ask me if I have interest in Neymar or Mbappe I would say yes, so it's the same," the Blaugrana boss told a press conference on Wednesday.

"We do not know what will happen and I cannot comment on them (the rumours about Messi leaving), I only know that we seek to have the best possible squad."

Koeman was speaking ahead of Barca's Copa del Rey round-of-32 clash against Cornella on Thursday, which Messi is due to sit out after receivinga two-match ban for being sent off in last weekend's Supercopa de Espana final.

The six-time Ballon d'Or winner was given his marching orders for taking a swing at Athletic Club defenderAsier Villalibre during the Blaugrana's 3-2 defeat, but his employers have launched an appeal to theSpanish Football Federation (RFEF).

"The club has told me that they do not agree with the two games so we will see, there are things that can be defended," said Koeman.

"Hopefully they will reduce their sanction and, if not, we will play two games without Leo."

Barca will hope to have Messi available again as soon as possible, and Koeman insists that the club captain is still in high spirits despite picking up the first red card of his career.

"He has trained with enthusiasm and I do not see anything strange in him, everyone was sad about the result but we have to move on," he added.

"We are on the way to improve, the game showed us that we must improve defensively but we continue forward and Leo is very much involved.