'I'd rather have Rashford in my team than Neymar!' - Man Utd striker ranked above 'embarrassing' PSG star by Ince
Match

'I'd rather have Rashford in my team than Neymar!' - Man Utd striker ranked above 'embarrassing' PSG star by Ince 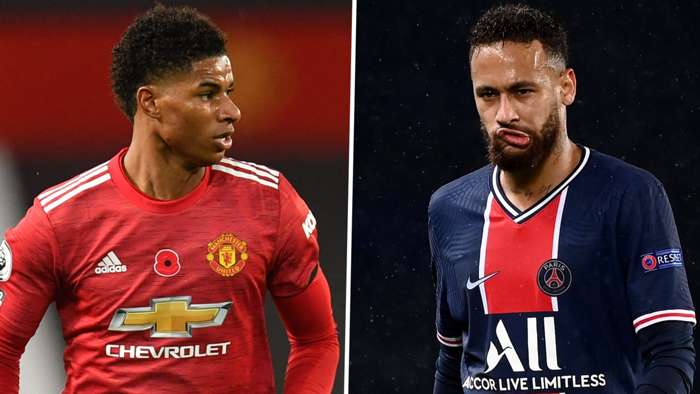 Marcus Rashford has been ranked above Neymar by Paul Ince, who insists he would rather have the Manchester United striker in his team than the "embarrassing" Paris Saint-Germain star.

The French champions were heavy favourites heading into the contest, having made it all the way to the final in 2019-20, but the Red Devils produced a superb display of attacking football to earn an impressive 2-1 victory.

Bruno Fernandes put the visitors in front from the penalty spot before an Anthony Martial own goal gifted the hosts an equaliser, setting up a tense finale.

United pushed hardest for the winner and were rewarded for their efforts when Rashford arrowed a fierce strike into the bottom left-hand corner of Keylor Navas' net with just three minutes left to play.

The England international was a thorn in PSG's side throughout the 90 minutes, and was ultimatelyunfortunate not to come away with two or three goals to his name, while the likes of Neymar, Kylian Mbappe and Angel Di Maria endured a surprisingly ineffective night at the other end of the pitch.

Rashford built on his match-winning display in Paris by hitting a superb hat-trick after coming on as a substitute against RB Leipzig at Old Trafford the following week, helping Ole Gunnar Solskjaer's side wrap up an emphatic 5-0 win.

Incethinks the 23-year-old is on track to reach the same level as World Cup winner Mbappe, and already feels he has a greater impact on matches than the Frenchman's frustrating PSG team-mate Neymar.

“I look at Rashford and the way he plays, his attitude, his application, his intensity, he's a main part of that team,” the former Red Devils midfielder told Ladbrokes.

“For such a young kid he's got a great responsibility on his shoulders, not just on the pitch but off it as well. He's the level United should be looking at when bringing in players.

“He's a great boy - he's still only 23. A Manchester boy, he plays like he loves the club - which is brilliant. Some players play like they want to get away from the club. It looks like he wants to be there for the rest of his life.

“You look at Kylian Mbappe, you look at Neymar. Would you put Rashford in that ilk? Not just yet, but he's still learning, he's young.

“Mbappe is a special player. You look at Neymar, though, against Man United, he was a disgrace. He was embarrassing. Losing the ball, standing still. That's not a great player.

“You wouldn't get that from Rashford. He came on and scored a hat-trick.

“If you were to ask me who I'd rather have in my team between Rashford and Neymar, it's Rashford, absolutely. That's for sure.

“If he keeps continuing doing what he's doing, I'm certain he'd be up there with the likes of Mbappe.