'I am president, coach and player' - Ibrahimovic says Milan would win Scudetto if they signed him earlier

'I am president, coach and player' - Ibrahimovic says Milan would win Scudetto if they signed him earlier 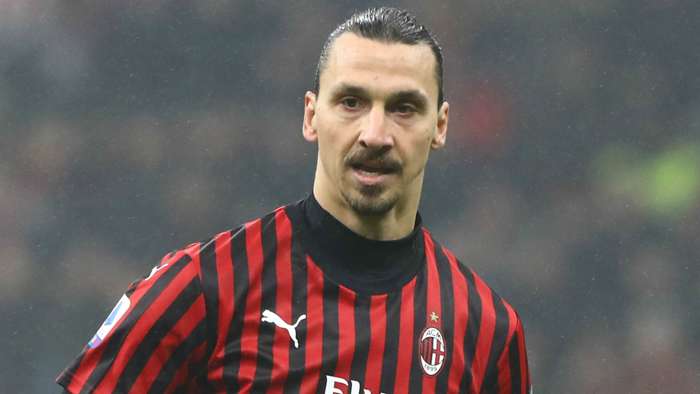 Zlatan Ibrahimovic cheekily claimed Milan would have won Serie A had he signed at the start of the season as their upturn in form continued with a remarkable 4-2 win over Juventus.

Ibrahimovic returned to Milan – where he previously won the Scudetto in 2011 – as a free agent in January after leaving MLS and the LA Galaxy.

The 38-year-old striker is still having an impact in Italy's top flight and took his goal tally in his latest Milan stint to six when he scored from the penalty spot against Juve on Tuesday.

That strike halved a two-goal deficit after efforts from Adrien Rabiot and Cristiano Ronaldo andimprobably propelledMilan to a come-from-behind success, with Franck Kessie, Rafael Leao and Ante Rebic also on target.

A three-goal flurry within five minutes helped shrink that deficit, with Rebic scoring the game's final goal to seal an 18-minute span of dominance for Milan.

With the victory, Milan are up to fifth and have beaten title rivals Lazio and Juve in consecutive matches, leading a grinning star veteran Ibrahimovic to make a typically outlandish declaration.

Ibrahimovic told DAZN: "If I was here from the beginning of the season, we would have won the Scudetto!"

Ibrahimovic has been hailed as a role model for his Milan team-mates and added: "I am president, coach and player, but they only pay me as a footballer."

The former Sweden international is out of contract at the end of the season, however, and he acknowledges he may not appear in front of a full San Siro again.

"There is still a month, so let's see," Ibrahimovic said amid growing speculation head coach Stefano Pioli will be replaced by Ralf Rangnick. "There are things that we cannot in control.

"Playing without fans is a pity, a strange situation. We do our job, we are professionals. It could have been the last time they have seen me live in San Siro."

The forward's first stint with Milan came between 2011-12, where he scored 56 goals in 85 appearances before making the move to Paris Saint-Germain.