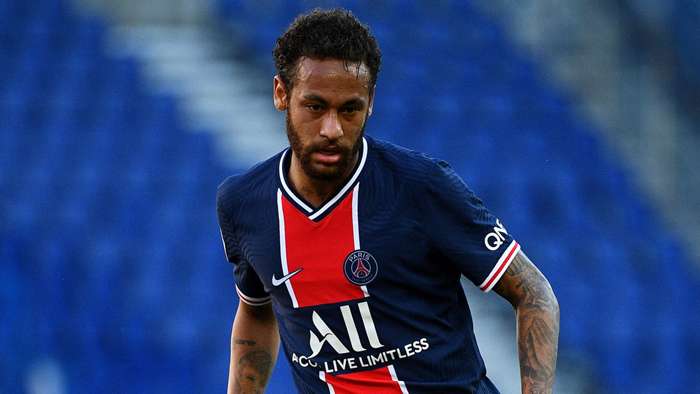 Neymar says he is in his "best form" since arriving at Paris Saint-Germain, and that he is ready to "fight" for Champions League glory.

The Brazil international called time on a hugely successful four-year spell at Barcelona to undertake a new challenge in France, with a view to increasing his chances of winning the Ballon d'Or.

He hasn't quite been able to reach the same heights at Parc des Princes as he did at Camp Nou, despite scoring 70 goals in his first 82 appearances for Thomas Tuchel's side.

A string of serious injuries have hampered Neymar's progress at PSG, and he has often found himself in the headlines for his conduct away from the pitch rather than his brilliance on it.

However, since failing to manufacture a return to Barca last summer, the 28-year-old has rediscovered his best form to silence his critics and begin to justify his huge price tag.

The dynamic attacker's performances have helped PSG win a domestic treble and a place in the Champions League quarter-finals, with a huge showdown against Atalanta on the cards next Wednesday.

Neymar is determined to help the club pick up an elusive piece of silverware this month, after putting the most "difficult" stage of his career firmly behind him.

"During these three years I have acquired a lot of knowledge,"Neymartold PSG's official website.

"I have lived through happy moments and difficult ones, especially when the injuries didn't allow me to play.

"With the help of my team-mates, I was able to overcome them and focus on what really matters, our performances on the field which translate into titles.

"Our fans, the club and all fans can see the fight of our team in any game.

"I am in my best form since I arrived in Paris, the team is like a family.