'I always work to be the best!' - Alisson on his drive to 'achieve great things' at Liverpool
Match

'I always work to be the best!' - Alisson on his drive to 'achieve great things' at Liverpool 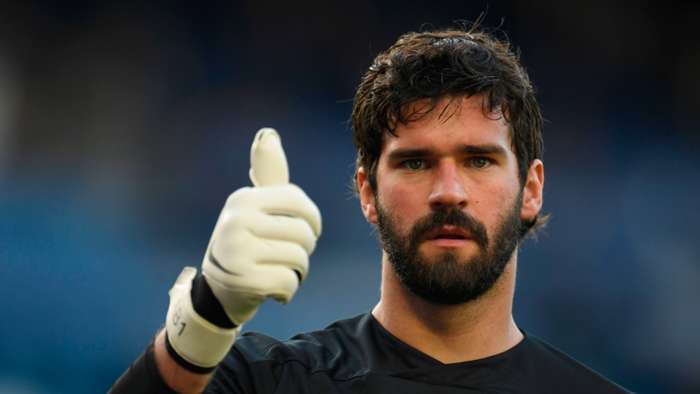 Alisson has opened up on his drive to "achieve great things" at Liverpool, and his insatiable hunger to "be the best" goalkeeper in the world.

He has since gone on to help the Reds win trophies,serving as the reliable last line of defence in a side previously lacking a stable figure between the sticks.

The 27-year-old has already racked up 88 appearances in all competitions, winning four major trophies in the process, including the Champions League and Premier League.

Despite missing two months of the 2019-20 season through injury, Alisson was instrumental in Liverpool's run to a first top-flight crown in 30 years, as he recorded an impressive 13 shut-outs in 29 outings.

The Brazil international also picked up the highly-covetedYachine Trophy in December, adding to the Golden Glove and theChampions League Goalkeeper of the Season awards he won last season.

Alisson insists it has always been his goal to reach the very top of his profession, and he is grateful to have been given the platform to reach his full potential at Anfield.

"I believe that I didn't become the best goalkeeper in the world last season," the Reds shot-stopper told the club's official website.

"Obviously because all of my life what I did from when I was 10 years old, I always tried to work hard to achieve great things. I set my goals and I go for it.

"Obviously I grew a lot here with this club with the possibility that the club gives you to win big things and to be the best you can.

"You have to win the big things, the big championships – as the Champions League and the Premier League now.

"So this is something that changed coming here to Liverpool, but my mentality was always to be the best. Receiving the awards or not, I always work to be the best."

Asked how it feels to be a Premier League winner, Alisson added:"At this moment it means everything.

"The biggest part of my achievements in football I achieved for this club, through this club, individual and my team-mates, so it means a lot to me and my family.

"Since we arrived here we could feel that it's a different club, a club who treats you as a family and can give you all the support that you need to play football, to stay focused on playing football.

"So, we are comfortable here. We love being here. We also love the warmth that we receive from the supporters, they are part of this family as well."