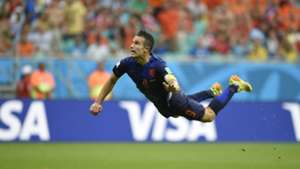 The coronavirus pandemic has caused an almost global shutdown of professional football and has only heightened the appetite for the game to return.

A total lack of live football being broadcast on television or online has left fans of the game in a state of flux, with little idea of when the sport could return to screens.

The combination of that plus the implementation of social distancing and lockdowns in some countries means there is a craving for sport in many people's lives.

There is some good news, however, as it could not be easier to watch classic matches in their entirety from the history of the World Cup and Champions League competitions.

FIFA's #WorldCupAtHome series is available on their YouTube channel, with the matches being voted on by fans on Twitter and uploaded in full by FIFA.

New matches are being uploaded to video streaming services regularly and are available to watch free of charge, with official film recaps of World Cups also ready to be watched.

If that is not enough, UEFA have also made a variety of classic Champions League matches available to watch at UEFA.tv. A free UEFA account is required to view these games and can be created on the website.

One of the greatest European comebacks of all time is available to watch in Barcelona's 6-1 win over Paris Saint-Germain, whilst more recent fixtures such as Liverpool vs Atletico Madrid and Chelsea's 4-4 with Ajax are also just a few clicks away.

In addition, UEFA are making an archive of European Championship matches ready to watch in April, with games such as France vs England from Euro 2004 and Hungary's high-scoring Euro 2016 clash with eventual champions Portugal amongst the picks.

As well as classic matches in full, there is also a wealth of other video content to watch including official films of European Championships and interviews from Champions League finals of recent years.