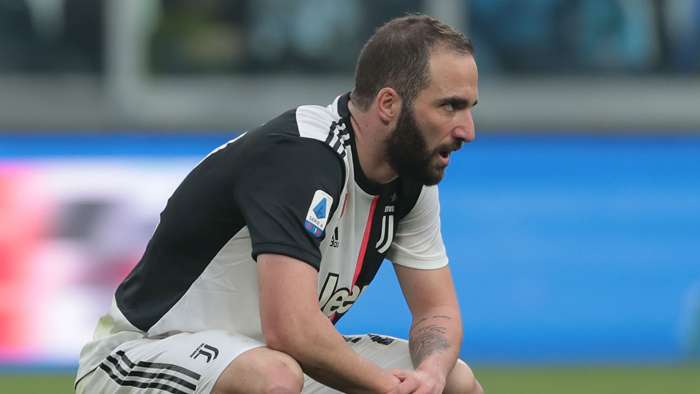 AC Milan forward Ante Rebic has slammed Juventus players Gonzalo Higuain and Federico Bernardeschi, claiming that the pair "cry too much" as they make the most of the challenges made by opposing players.

The attacker, who has 10 goals in his last 15 Serie A outings, was referring to the recent clash between the clubs, in which the Rossoneri stormed back from 2-0 down to claim a 4-2 win against the Serie A leaders.

Speaking toGazzetta dello Sport, he explained: "There are two Rebic's. In private I’m very quiet, a little withdrawn because I don’t like people talking about me.

"On the pitch there’s another Ante, which breaks everyone’s balls. At one point during the win against Juve, I said something to Higuain.

"I’m not a fan of players like him, who are big and strong yet stay down for three minutes whenever they’re touched.

"The same goes for Bernardeschi and the same thing happened against SPAL. Ibra takes lots of knocks too but gets up immediately and without a whimper. Others cry too much.

"I say something to Higuain and Juventus goalkeeper WojciechSzczesny tells me: ‘You’re 2-0 down, don’t get cocky.’

"I didn’t answer him. Normally I would’ve replied, because another thing I don’t like is people underestimating me.

"This time, however, I didn’t open my mouth. I replied to Szczesny in a different way... I’m strong mentally: whoever attacks me, fires me up."

Meanwhile, he has admitted that his form has improved since the arrival of Ibrahimovic in January due to the style of the Swede.

"Playing with someone like Ibra, who takes the ball and opens up spaces forme, it's easier,"he said.

"Last year at Eintracht Frankfurt, we did well because I attacked behind the defence, Luka Jovic scored and Sebastien Haller won all the aerial duels. I knew that Haller would win them and I would throw myself forward. So today I do that with Ibra."