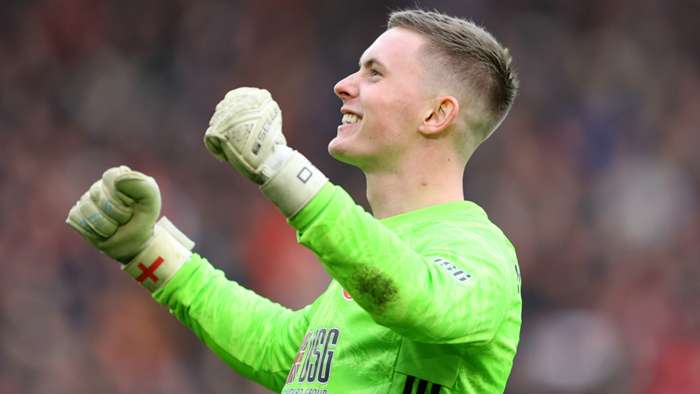 Dean Henderson has aired his ambition after committing to a new five-year contract at Manchester United, with the highly-rated goalkeeper saying “it’s about winning titles with the biggest club in the world”.

Having taken in a second productive loan spell at Sheffield United during the 2019-20 campaign, Henderson saw big-money moves mooted as his path at Old Trafford remained blocked by David de Gea.

He has, however, penned a long-term deal with the Red Devils and is determined to make his mark in Manchester, with his hope being that a competitive debut will arrive sooner rather than later.

Discussing his plans with the club’s official website, Henderson said: “I’ve worked so hard behind the scenes and had to take different pathways to get to where I want to be today.

“I’m sat here now, thinking about the next step and obviously that Man United debut would be something I’ll be very proud of and something I’ll never, ever forget, if it comes – when it comes!

“For me to come here and get so close, it's about winning titles with the biggest club in the world. Hopefullywe can get back to doing that soon.”

He added:“Obviously to play for England as well, as I say, it would be a very special moment for myself and that’s something I’ve always wanted to do as well.

“If I get the nod there, that would be outstanding. I’m just going to keep working hard and I’m sure my time will come.”

Henderson does face fierce competition for places with club and country, but says he is ready to embrace that challenge.

The confident custodian said of rejoining the fold at United: “Obviously I can’t wait to get back in and I know them well.

“David de Gea has had an unbelievable career at the football club and it wasn’t so long ago thatI was saying if I could replicate that career one day, I would be a very proud man.