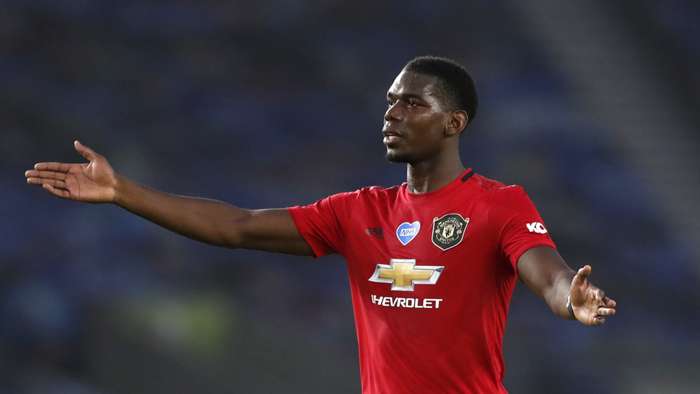 Ole Gunnar Solskjaer thinks Paul Pogba should have ‘taken it in the mush’ after the Frenchman handled the ball in the area to give West Ham a penalty at Old Trafford on Wednesday evening.

He said: “It was a natural reaction, he held his hand up knowing he should have taken it in the mush instead.”

Mason Greenwood’s second-half equaliser means Man Utd now go into the final game of the season against Leicester on Sunday knowing a point will be enough to secure them Champions League football next season.

But, even that could be a tough ask after another tired performance from Solskjaer’s side.

“Going into half time we knew that’s not the result we wanted and a draw or 1-0 win or 2-0 was the same outcome for us it would mean same starting point in Sunday," he said.

"We can’t expect to turn teams over and score three or five which is what we would have to have done to have a different scenario for Sunday.”

Solskjaer added. “We havea chance go there and if we can beat them big we will be delighted we have caught up with goal difference and we now need a point.

Fantastic opportunity, we know we will play against a good team who are dangerous in different aspects and can do different things tactically. But we will enjoy the extra 24 hrs break we have this week compared to last.”

And after another goal, Greenwood is in line for another start at the King Power after impressing his manager.

“He’s bailed us out a few times and He’s done it again top lass ever since we gave him an opportunity,” Solskjaer said.

“The last game of last season was his first start and he’s grown and grown in confine and belief he trusts that his qualities and attributes can work at the highest level and we expect him to hit the target.

"Chance first half very good strike unfortunate block the kid is going from strength to strength.”