'Hazard will bring a lot of success to Real Madrid' - Belgian winger has shown he is a 'star player', says Martinez

'Hazard will bring a lot of success to Real Madrid' - Belgian winger has shown he is a 'star player', says Martinez 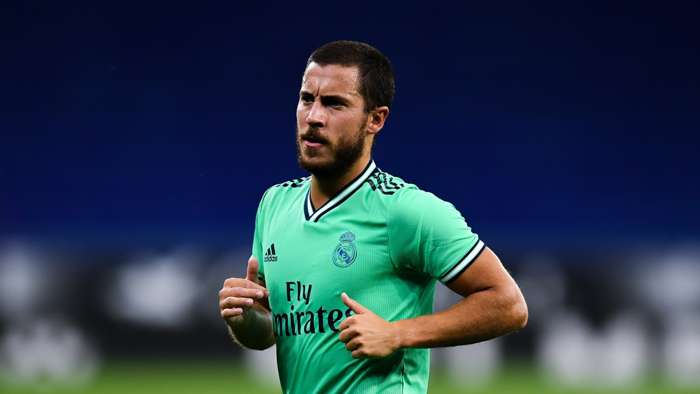 Eden Hazard "will bring a lot of success" to Real Madrid, according to Roberto Martinez, who says the Belgian winger has already shown he is a "star player".

The 29-year-old carved out a reputation as one of the finest attackers in European football during his seven-year stay in England, and was expected to reach the same heightsat Santiago Bernabeu.

However, his first season in Spain has been overshadowed by persistent injury problems, which have restricted him to just 20 appearances in all competitions.

Hazard has only scored once for Zinedine Zidane's side in his debut La Liga campaign, and questions have been asked of his ability to deliver the goods in a squad brimming with world-class talent.

The Belgium international was left on the bench as Madrid secured a 2-1 victory over Granada on Monday, with Zidane admitting post-match that the €100 million ((£90m/$113m) winger is still struggling for full fitness.

Despite the fact that Hazard has yet to justify his transfer fee, Martinez is confident that he is ready to play a key role in the club's fight for silverware as his Madrid career progresses.

The Belgium boss thinks the former Chelsea talisman is nearing the end of a frustrating period on the sidelines, as he told Marca:"I'm making a very positive assessment because you have to measure a player in good times and also in bad times.

"This year has been the most difficult moment in Eden's career because he has never missed as many games as this.

"Hazard has shown Real Madrid that he is a star player to create a project around for the future and that he is going to bring a lot of success to the club and the supporters.

"The fact that La Liga has been delayed has been a great advantage for Eden to be able to play again before the end of the season.

"He is now fully prepared both physically and mentally to take this project forward."

Martinez also reserved praise for Belgium's number one goalkeeper Thibaut Courtois, who has enjoyed a superb 2019-20 campaign between the sticks at the Bernabeu.

He added: "On a team level he's performing at a very consistent level, he's delivering points and showing up when the team needs him.