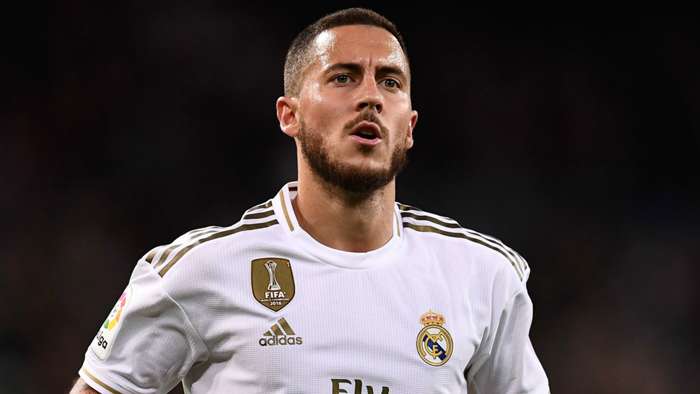 Fabio Capello believes the burden of wearing the Real Madrid shirt proved too much for Eden Hazard in his debut season at the Santiago Bernabeu.

He made 14 starts and 16 appearances in total in La Liga, scoring only once and managing a modest three assists.

That was way down on the form of his final season at Chelsea, where he netted 16 times and had 15 assists in 37 Premier League games, including 32 starts.

"Of course, he hasn't been the same as he was at Chelsea," former Madrid head coach Capello told Marca. "He has been injured for a long time, he has not adapted.

"I've always thought of him as a great player.But let's be clear, the Real Madrid shirt weighs a lot and Hazard has sunk this year.It is clear that next season will be much better."

Hazard himself admitted it had been "the worst season of my career", even though it was a title-winning campaign with Madrid.

The success owed a large part to the intrepid forward play of Karim Benzema, who finished second, behind Lionel Messi, in the Pichichi reckoning after hitting 21 goals.

Benzema's leadership of Madrid's attack was priceless, given Hazard was not the only forward who struggled for form.

Others who contributed little to the goals tally included Gareth Bale, Rodrygo,Vinicius Junior and Luka Jovic, who between themnetted just nine times.

Capello, who has had two spells in charge of Madrid and also led the likes of AC Milan, Roma, Juventus, England and Russia, was full of praise for Benzema, describing his efforts as "sensational".

The French striker joined Madrid in 2009 from Lyon, and is going from strength to strength in his thirties.

"He has become the benchmark for Real Madrid.Undoubtedly the best," Capello said. "He has taken the responsibility that he did not have when he was with Cristiano Ronaldo.