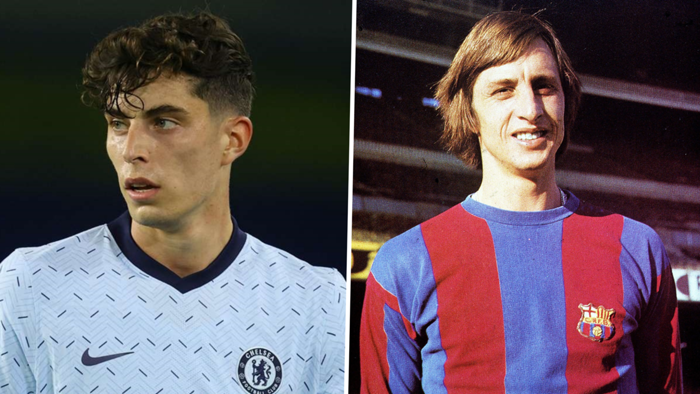 Havertz made themove to Stamford Bridge fromBayer Leverkusenin the summer for an initial£62 million ($79m) fee, with major expectations placed on the 21-year-old's shoulders.

After an indifferent opening two matches with Chelsea, Havertz exploded to life on Wednesday when he netted a hat-trick against Barnsley in the Carabao Cup.

Rangnick believes the sky is the limit for the German international, comparing him to a man who became a legend with the Dutch national team, as well asAjax and Barcelona.

"Maybe, he will need a couple of weeks to get adjusted because he has a fantastic family background -I know that because I was also trying to convince him to join us at Leipzig but he was completely dedicated to Bayer Leverkusen.

"He's one of those players where I don't see any weaknesses in his game. He's the type of modern Johan Cruyff,he can score goals and he can provide assists.

"He can play as a nine or nine-and-a-half. I don't see him as a winger but in the central area of the pitch, he's extremely valuable. I have no doubt that this transfer will prove to be a success story for Chelsea and for Kai."

Rangnick nearly took over as AC MIlan manager in the summeras he confirmed in August that the Rossoneri hadbeen in contact to discuss his availability.However, those talks eventually fell apart as Milan opted to give incumbent head coach Stefano Pioli a new contract instead.