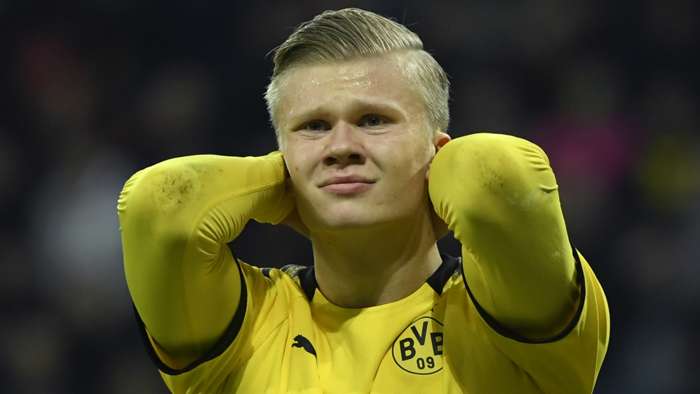 Borussia Dortmund star Erling Haaland says that his side have to match the ferocious consistency of Bayern Munich if they are to achieve his goal and win the Bundesliga.

But if the individual performance of the 20-year-old was strong, it was not quite matched by his side, who lost four of their last 17 games to finish a distant 13 points behind champions Bayern, who won their eighth title in succession.

While that record is certainly no disgrace, it was not sufficient to offer Hansi Flick’s side a serious challenge – and Haaland recognises that is something that will need to change if the gap is to be successfully bridged.

“We have the quality to become champions but talking alone is not enough,” he told Sport Bild . “Bayern have distinguished themselves by their incredible consistency.

"We have to continue our development in the second half of the season and we want to be even more successful next year.”

Haaland’s individual displays have already earned him talk of a move to an even bigger club – Real Madrid have notably been mentioned, along with Manchester United, who previously had an interest in him – but he has reiterated that he has no interest in departing.

“I have a long-term contract here until 2024. In any case, it is my big goal to win BVB the title and to celebrate fantastic successes with our fans,” he said.

Having a mindset close to that of head coach Lucien Favre will help, he believes.

“We are similar because we are both calm guys, but fully focused on things that can make our team better,” he said.