'Guendouzi is not the type of player to knuckle down' - Arsenal likely to cut ties with midfielder this summer, says Campbell

'Guendouzi is not the type of player to knuckle down' - Arsenal likely to cut ties with midfielder this summer, says Campbell 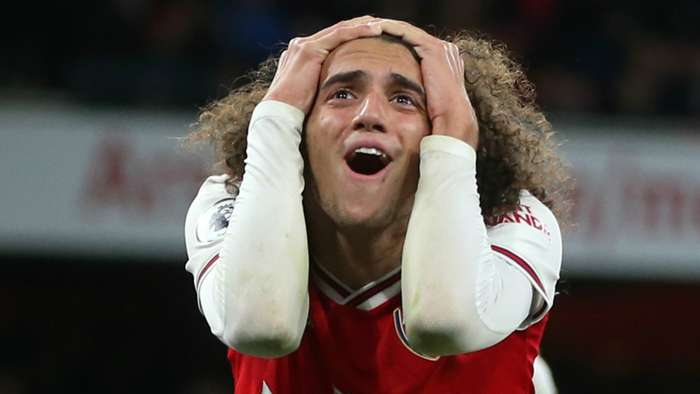 Matteo Guendouzi is "not the type of player who is going to knuckle down", according to Kevin Campbell, who thinks Arsenal will cut ties with the midfielder this summer.

The 21-year-old was caught on camera grabbing Maupayby the throat, and reports also surfaced alleging thatthe Frenchman taunted Seagulls playersthroughout the game over how much they earn.

Guendouzi escaped a ban after the footage was reviewed by the Football Association, but Arteta hassince alluded to "internal issues" when explaining the playmaker's absence from his starting line-up.

Arsenal snapped up the France Under-21 international from Le Havre for just £7 million in the summer of 2018, and he has since racked up 82 appearances for the club across all competitions.

Guendouzi had been tipped for a bright future at Emirates Stadium after an impressive first season in the Premier League, but it is now being suggested that the Gunners will put him up for sale when the transfer window reopens.

Campbell certainly doesn't believe that a divisive figure is capable of turning his Arsenal career around, with Arteta already proving that he is not a manager who will allow any players to disrupt the harmony within the dressing room.

The former Gunners striker told Genting Bet: "I think that Guendouzi will leave the club this summer. Arteta has come in and he's set a lot of disciplinary rules down.

"Guendouzi hasfallen foul of those rules. I don’t think he’s the type of player who is going to knuckle down and that’s why he’s training alone. The writing is on the wall on this one, and I can't see him coming back into the fold unless he changes his attitude."

Arsenaldropped to ninth in the Premier League standings after being beaten 2-1 by Tottenham in the north London derby last weekend, and they are now four points adrift of the Europa League places with only three fixtures left to play.

However, Arteta's men had shown signs of improvement during in a five-match unbeaten run prior to that result, and Campbell has praised the Spaniard for the way he has gone about his job since succeeding Unai Emery in December.

"He's improved the players, integrated some of the youngsters into the squad more successfully and the youngsters have responded to his coaching and to the message he sends out.