Guendouzi: I needed to leave Arsenal to have fun
Match

Guendouzi: I needed to leave Arsenal to have fun 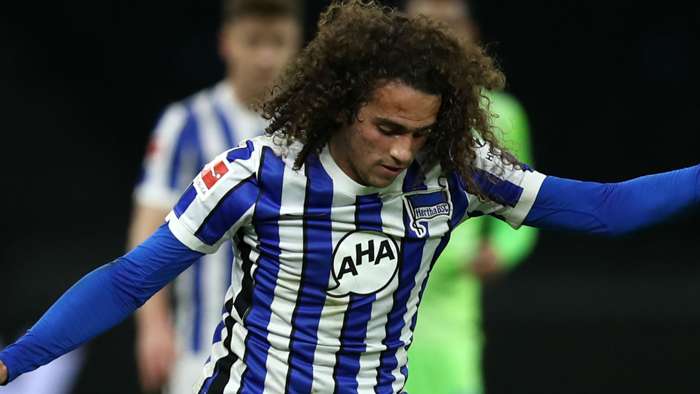 Matteo Guendouzi says he needed to leave Arsenal to have fun, having been hurt by a lack of playing time in north London.

The Frenchman fell out favour under Mikel Arteta despite escaping punishment from the Football Associationfor grabbing Maupay by the throat, and was eventually sent out on loan to Hertha Berlin in October.

The 21-year-old has since appeared in three games for the Bundesliga side, with his latest outing coming in a 5-2 defeat to Borussia Dortmund on Saturday.

Guendouzi says he got used to playing regularly at Arsenal following his move to Emirates Stadium from Lorient in 2018, and when that was taken away from him hestarted to contemplate his future.

"I needed to have fun on the pitch, to regain confidence and that's what Hertha offers me. It really is a choice I made," the Gunners loanee told Telefoot.

"In the space of twoseasons I have played more than 80 games with Arsenal.

"When you play less, you start to think and it hurts"

Guendouzi also has his sights set on becoming a full France international, having previously represented his country at under-21, under-20, under-19 and under-18 levels.

"It was a dream since I was little. Being part of it was wonderful," he added.

"I still have in the back of my mind to earn a lot more selections, and to be important in the future."

Guendouzi is still under contract at Arsenal until 2022, but club legend Kevin Campbell is among those who believe that the playmaker has already burnt his bridges in north London.

“He doesn't have a future at Arsenal. Mikel Arteta put him in detention after theBrightongame last season, that is what it was – detention," Campbell said earlier this month.

“A manager like Arteta wants to see that you can toe the line, take your punishment, keep your trap shut and get working. Guendouzi could not do it."