Guardiola slams Arsenal: I have all the respect for what they are on the pitch - not much off it

Guardiola slams Arsenal: I have all the respect for what they are on the pitch - not much off it 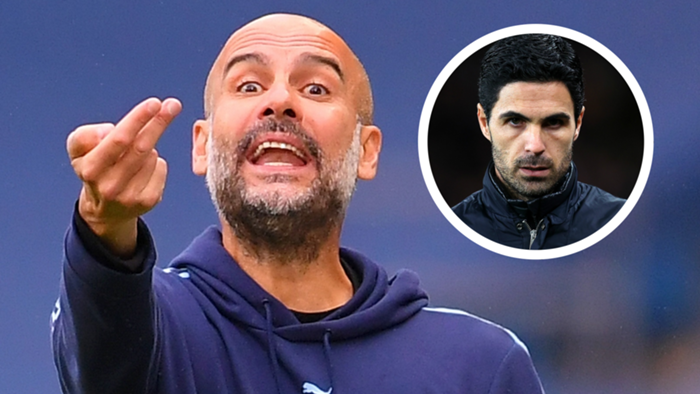 Manchester City boss Pep Guardiola aimed a barb at Arsenal by saying he has a lot of respect for the team on the pitch but not much for the club off it.

Guardiola did congratulate the Gunners for their success on the pitch after admitting his team’s first-half performance was not good enough.

“We didn’t play the first half against Arsenal like the second, that was the only regret. We wanted to play 90 minutes like the second half,” he told a press conference.

“But, after we were beaten, we shake hands. The opponents always deserve my respect and credit. And Arsenal, I have all the respect for what they are on the pitch, not much off the pitch – but on the pitch, a lot. Congratulations to them and good luck in the final.”

Guardiola did not expand on why he does not have respect for the Gunners but they were believed to be part of group of Premier League clubs that wrote to the Court of Arbitration for Sport (CAS) asking them to refuse any attempt from City to delay a two-year Champions League ban.

In addition, a newspaper report claims that Arsenal were the driving force behind the move before City were cleared of UEFA’s Financial Fair Play breaches .

Saturday’s defeat to Arsenal shifts the all the focus to the Champions League round-of-16 against Real Madrid, with the final Premier League games against Watford and Norwich having no impact on their guaranteed second-place finish.

City lead 2-1 from the first leg in Spain and Guardiola says his side will need to improve on their FA Cup defeat if they are get past the new La Liga champions to make the end-of-season tournament in Portugal.

“Against Madrid we know we have to do good games, all the cups are one game and we did a good performance but against Arsenal we were not good enough, that’s all. It can happen and you move forward, it’s forgotten,” he said.

“The next time we play Arsenal next season we will see what we can do to play better and we are incredibly excited and incredibly optimistic about the game against Madrid for the players that we have.

“We know that If we play at a decent level - higher than we play against Arsenal - we’ll have our chance. If not, we’ll be out.”

Guardiola will not be giving his players time off despite now having a free weekend before the Real Madrid tie on August 7.

Zinedine Zidane has allowed his squad a short break after they lifted the Spanish title to “disconnect a little bit from football”, but City will not be following suit.

“We are going to make some changes for the last two games. I'll try to let all of them play. I'm so excited for preparing for the Real Madrid game and for the next season.

“When I lose this excitement and fire in me after victory and defeat, it will be a problem.”