Griezmann 'a caricature of himself' in toxic Barcelona environment, says former coach

Griezmann 'a caricature of himself' in toxic Barcelona environment, says former coach 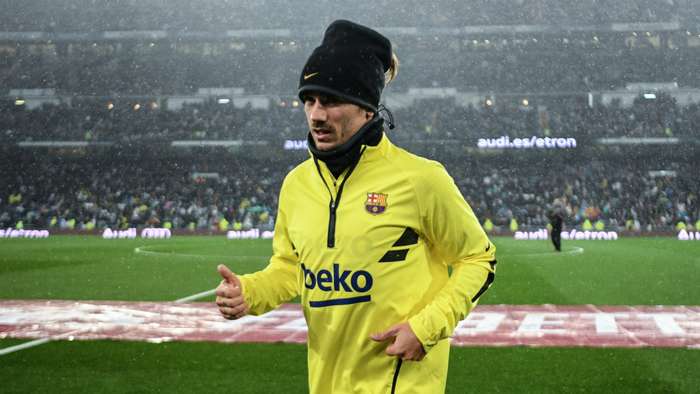 Antoine Griezmann has become "a caricature of himself" at Barcelona, where his former Real Sociedad boss, Martin Lasarte, feels a toxic environment is taking its toll.

Quique Setien has named Griezmann on the bench for three of Barca's past four games, including important meetings with top-four hopefuls Sevilla and Atletico Madrid.

The World Cup winner was not sent on until the 90th minute against Atletico on Tuesday, with Ansu Fati introduced ahead of him in the 2-2 draw at Camp Nou.

Barca will fall four points behind Real Madrid with five games remaining if La Liga's leaders beat Getafe on Thursday, with reports suggesting Setien has lost the backing of his players.

Martin Lasarte, who handed Griezmann his professional debut as an 18-year-old in the Segunda Division with La Real, believes the atmosphere at Barca is having a negative effect on the France star's adaptation to the team.

"What you see of Griezmann is like a caricature of himself. I see him sad, with his head down, running without much sense," Lasarte told Radio Marca.

"The coach has every right to make changes whenever he wants but I do not feel the other night against Atletico helped Griezmann's psychological situation.

"When things don't go well for a player, the coach should be there to support and help. Of course, Antoine will have his responsibility but there is an environment that does not help him to succeed.

"It would have been better if he had gone to Barca a year earlier. I have the feeling that when he said he was staying at Atletico something broke with the Barca dressing room."

Barca sacked Ernesto Valverde when they were top of the league in January and Lasarte thinks that sapped the momentum Griezmann was starting to build.

"Griezmann may have had a hard time adapting at first but then I felt he improved in December and January. Now he conveys a sad, down feeling," he said.

"The truth is I don't know if the change of coach at Barca was the most successful, it has not given the feeling of having improved much.