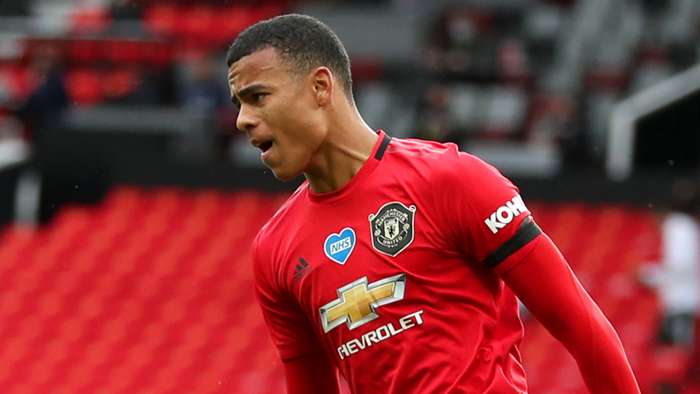 Alan Shearer has backed Mason Greenwood to beat his Premier League scoring record while describing the Manchester United striker as a "potential superstar".

The England U21 international'ssecond-half strike also ensured that he joinedRooney, George Best and Bryan Kidd as the only teenagers to have hit 17 goals in all competitions over the course of a single campaign for the Red Devils.

Greenwood has stepped his game up another notchsince last month's Premier League resumption, and his goals have helped Ole Gunnar Solskjaer's side close in on Champions League qualification.

Marcus Rashford and Anthony Martial are the only players to haveoutscoredthe 18-year-old at United this season, with both men currently on 22 goals, even though he was mostly used as a substitute before the coronavirus-enforced lockdown came into effect.

Shearer hit 260 Premier League goals over the course of his career, which stands as the highest mark in the competition's history, but he can see Greenwood surpassing that tally if he continues his current trajectory.

The former Newcastle and Blackburn centre-forward said on BBC's Match of the Day: “He's apotential superstar. I respect the power, left foot, right foot, and the way he gets his shot away early, he doesn’t give the keeper a chance to set himself.

“Whether it’s near-post or far-post. Everything is power, head down and hit it as hard as you can. I was taught at Southampton, by my old youth coach Dave Merrington, to concentrate on that right foot and make it unstoppable.

“Now, he can do it with his left or right foot. He gets it away early and the goalkeepers have no chance.

“I think in 12 or 13 years time, we could be talking about a Premier League record goal scorer. I know there are so many things that can happen in someone’s career, but I think he’s that good.”