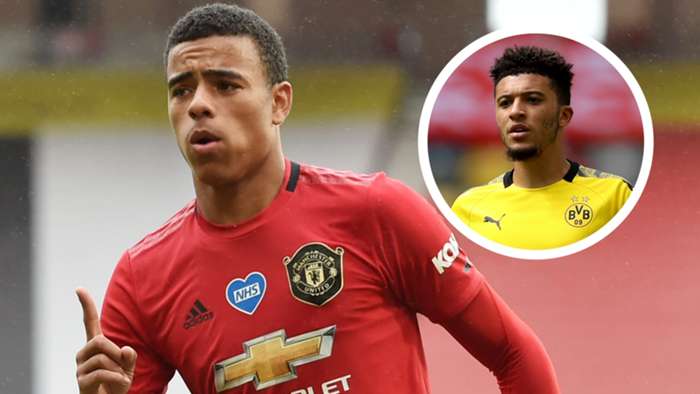 With teams now finding their feet following the lockdown period, the Premier League is beginning to resemble its previous self, at least in terms of providing entertainment on the pitch.

The key battle between now and the end of the season now looks to involve those sides chasing Champions League places, with Leicester City, Chelsea and Manchester United all recording vital wins over the weekend.

Wolves were the big losers after they slipped to defeat against an improving Arsenal side while elsewhere Southampton recorded a memorable victory over Manchester City.

But what were the main tactical takeaways?Goaldigs deeper into what lessons we may have learned...

And after a weekend when Manchester United’s front three made headlines in their5-2 destruction of Bournemouth, that statistic has understandably been used to suggest Ole Gunnar Solskjaer now has a forward line ready to challenge for the title.

Greenwood adds a different dimension to United’s right-hand side, cutting infield and operating with the sharp edges of a traditional centre-forward in staying close to Martial.

That makes him more potent than Daniel James, who can become isolated on that side by hugging the touchline, or Juan Mata, who by dropping deeper is often disconnected from the United number nine.

Let us not get carried away just yet though. Greenwood, after all, is only 18.

He currently has eight league goals from an expected goals total (xG) of just 2.4, and while that is testament to his superb finishing, it is also an unsustainable figurenot unlike Rashford’s in his first couple of months as a senior United player or Tammy Abraham’s at the beginning of the 2019-20 season.

Greenwood is a real talent, but he is still very young, and as such we should anticipate his form dipping at some point.

Greenwood would be better off being allowed to develop with less pressure on his shoulders as a back-up option on the right. If United are to win major honours next year, they still need Jadon Sancho on that side of the pitch.

Greenwood’s time will come. For now, he deserves space to grow outside the glare of the first 11.

Manchester City’s 3.4 xG at StMary’s tells us there is some truth in Pep Guardiola’s assertion his team “played really, really well”, though Southampton deserved their luck in a 1-0 win that was about far more than just grit and determination.

This was not a backs-to-the-wall performance from Ralph Hasenhuttl’s side, but rather another detailed tactical victory defined by hard pressing and diligent positioning.

Southampton are extremely well organised, with each component part drilled precisely in what they need to do, helping to maintain an energy and resolve in the face of a Man City onslaught.

James Ward-Prowse and Oriol Romeu did an excellent job sitting on top of the City midfield, making 11 interceptions between them, while the wide midfielders, Stuart Armstrong and Nathan Redmond, sat deep enough to allow Southampton’s full-backs to come infield and cut off City’s favourite passing channels.

It is telling that Southampton are second in the league for tackles made (19.2 per game) and fifth for interceptions (11.3 per game), a sign of their aggression and collective synchronicity.

Hasenhuttl has Saints playing with a sophistication that, on recent form at least, ranks him above Jose Mourinho and Frank Lampard.

Bukayo Saka played in yet another new position at the weekend, this time popping up on the right side of a front three, only to drop deep and become the spare man in centralmidfield, allowing Pierre-Emerick Aubameyang and Eddie Nketiah to drift across and make Arsenal’s shape a 3-5-2.

In this column wehave previously discussedMikel Arteta’s intelligent hybrid formations. What we have notgiven enough attention to is how Arteta’s high pressing is coming together.

Arsenal have conceded just one goal in their last four games and 11 Premier League goals in 2020, the third fewest behind Man Utd and Man City.

Their possession game -in an organised and compressed shape -certainly helps close out space for the opposition, and moving to three at the back has solidified central defence.

But it is high pressing that marks the biggest difference from the Unai Emery era. The forward players hound the ball while the central midfield – led by Granit Xhaka – follow up close behind, snuffing out danger and disrupting the rhythm of the opposition.

Arsenal completed an incredible 29 tackles against Wolves on Saturday, withDavid Luizthe only one of 16 outfield players who failed to make one.

A decision on the proposed takeover of Newcastleis reportedly just around the corner, and if the sale is green lit then Steve Bruce’s job is under threat.

The new owners, keen to project a glamorous and attractive image for the Saudi Arabian government, will not long accept defensive or dull football -whether real or imagined.

Bruce knows the public perception of his tactics threatens his position.

That explains why Newcastle have become considerably more attacking since the restart, scoring twice as many league goals in June and July (10) as they did between January and March (five).

Bruce has shifted from an ultra-cautious 5-3-2 to a far more gung-ho 4-2-3-1, with four out-and-out forwards, only one defensive-minded central midfielder, and two flying full-backs. Bruce is going for broke.

West Ham scored twice in an entertaining end-to-end game on Sunday in which Joelinton and Allan Saint-Maximin worked well as inside forwards, joining Miguel Almiron to cut through the Irons' predictably sluggish central midfield.

However, theattacking of Emil Krafth and Javier Manquillo ultimately allowed David Moyes’s side to counterattack successfully.

Against Everton in midweekLeicester City’s timid midfield, coupled with the narrowness of the Toffees, left the Foxes playing in harmless wide positions.

It is to Brendan Rodgers’ credit, then, that he threw out the system entirely against Crystal Palace in an attempt to stop the rot, deploying a surprise 4-3-1-2 that essentially inverted the midweek 4-5-1.

Rodgers'willingness to solve problems by making bold changesis what marks him out as a top coach. On this occasion, the change was just what Leicester needed to shake them out of their slumber.

After a sluggish first half, they took the lead from a low Youri Tielemans cross that left the Palace defence caught in two minds, distracted by Jamie Vardy’s run and missing Kelechi Iheanacho’s entirely.