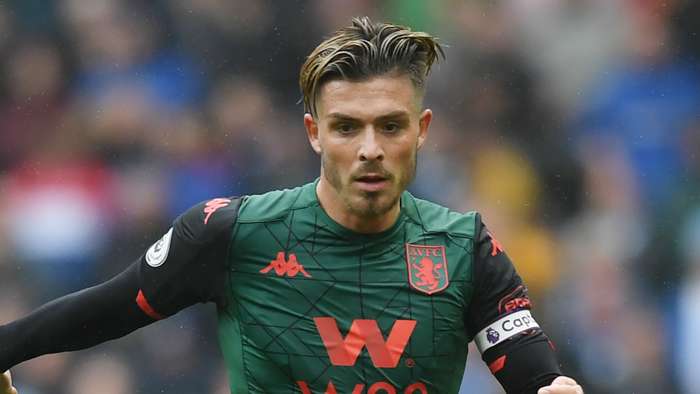 Jack Grealish's agentJonathan Barnett has responded to rumours linking the Aston Villa playmaker with a move to Manchester United.

Ole Gunnar Solskjaer has been trying to assemble a squad of young, homegrown talent at Old Trafford since being handed a three-year contract in March 2019.

Harry Maguire, Aaron Wan-Bissaka and Daniel James were all brought in last summer, before a slight shift in the Norwegian's transfer policy saw Portuguese star Bruno Fernandes join the club from Sporting CP in January.

United are beginning to emerge as a major force again after the successful integration of recent signings, but more reinforcements are expected to walk through the door at the end of the season.

Grealish is reportedlytop of Solskjaer's list of summer targets, with the 24-year-old currently plying his trade with Dean Smith's struggling Villa side.

Villa look destined for relegation at the moment, having slipped four points adrift of safety with only five fixtures left to play, the latest of which will see them come up against Solskjaer's in-form Red Devils on Thursday.

It has been suggested that United will snap up Grealish if Villa fail to avoid the drop, but Barnett insists his client is not yet thinking about his future.

Asked if the midfielder is closing in on a big-money transfer away from Villa Park, his agent told Stretty News: “Absolutely no deal has been done with anybody.

“I don’t think they’re Aston Villa looking at the Championship themselves, they believe that, hopefully, they’ll get out of the trouble they’re in.

“Jack believes it, he’s fighting hard, as hard as he can to stop that. That’s all that is on his mind at the moment.

“He’s not interested in anything else other than fighting to get Aston Villa out of any trouble.”

Barnett did, however, concede that Grealish would benefit from playing Champions League football whenever he does embark on the next stage of his fledgling career.

He added: “On the other hand, I think as far as his career is concerned, it would be great for him to play in the Champions League and develop his great skills and I’m not sure in which country or where that will be.