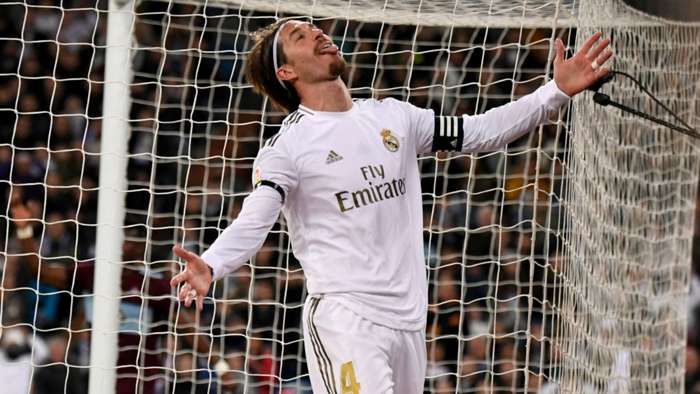 Diego Martinez's teamare pushing for a Europa League place and recorded a home win against Barcelona earlier in the campaign.

The Andalusians have a strong record in their own stadium this season where they have conceded just 14 goals and are unbeaten against the likes of Barcelona, Atletico Madrid and Valencia.

Sergio Ramos and Dani Carvajal return in defence for Los Blancos having missed the last game through suspension, but Real are without Marcelo, Nacho Fernandez, Mariano Diaz and Luka Jovic.

The hosts are without defensive midfielder Maxime Gonalons and have doubts over Alvaro Vadillo, while defender Jesus Vallejo is also doubtful to face his parent club.

The return of Ramos and Carvajal should further solidify Los Blancos' backline and they will be confident of recording another shut out against a Granada side who have not been overly prolific at home, despite their own strong defence.

Martinez's men have netted 21 times in 17 home clashes, with only five teams scoring fewer, yet the side from the south of Spain have won of the best defensive records in the league.

Indeed, only three sides have bettered Granada's total of 14 home goals conceded, which means we could be in for yet another low-scoring Real Madrid encounter.

Each of Madrid's last five games have seen under 2.5 goals and the statistics surely point to a repeat on Monday night.