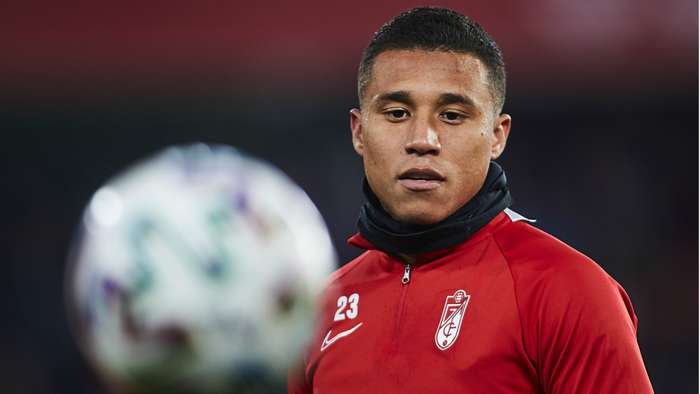 Granada have been told Sunday's La Liga match with Real Sociedad must go ahead despite them having only seven senior players available due to coronavirus restrictions.

It was confirmed on Saturday that Martinez and striker Antonio Puertas were self-isolating after showing symptoms of the virus.

Granada asked the Royal Spanish Football Federation (RFEF) to postpone the game against Sociedad at Anoeta as they said they could not select a sufficient number of players.

At that time, they released a statement that read: "The League has informed Granada that it only allows those players with a positive IGG index or a negative PCR and who have not travelled to Cyprus to travel to San Sebastian.

"Given these circumstances, the Club requests the postponement of the match as it does not meet the minimum number of players available from the first team that are required for the dispute of an official match."

However, in a statement on Sunday, Granada saidthe RFEF's competition committee had rejected their request.

"The RFEF Competition Committee has rejected the Club's request for the postponement of the match against Real Sociedad," Granada said in a statement.

"The team will travel to San Sebastian in the next few hours with the only seven players in the squad who meet the requirements imposed by La Liga, completed with footballers from the subsidiary and the youth team who also meet these requirements."

Granada are sixth in La Liga after winning four and losing just one of their opening seven games in 2020-21.

Sociedad are level on 17 points with league leaders Atletico Madrid, although by kick-off they are likely to drop to second due to the outcome of Villarreal's ongoing clash with Getafe.