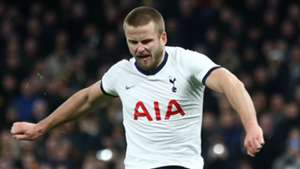 Former Tottenham manager George Graham says players must learn to deal with insults from fans after Eric Dier ran into the stands to confront a spectator following his side's FA Cup defeat to Norwich.

Spurs midfielder Dier climbed over advertising boards and up the stand to confront a supporter who aimed verbal abuse at him during the game and then insulted his younger brother, who was seated close by and tried to calm the offender down.

The incident overshadowed Wednesday evening's game, which saw Spurs crash out of the competition after they drew 1-1 with Norwich and then lost the subsequent penalty shootout.

Coach Jose Mourinho criticised the 26-year-old for reacting to the abuse, saying he did what "professionals cannot do", though he questioned whether the man who upset Dier was a true Spurs fan.

Meanwhile, former Spurs players Les Ferdinand and Gary Mabbutt said that the England international's reaction was understandable because he was trying to defend his brother.

But ex-Scotland international Graham, who spent three years in charge of the north London outfit, says Dier should have known better and says today's players must learn to control themselves much quicker than the stars of the past.

"We don't want that to happen again. I think he will be punished. I can understand why he did it. The players have to be able to handle it.

"Talented players, young players in the first team, now aged 17 or 18 years old - they have a lot of responsibility. And they have to learn quicker than we did in the past.

"There have always been occasions like this. That was a surprise as he looks a very calm, controlled player."

Tottenham are back in action on Saturday when they travel to Turf Moor to face Burnley in the Premier League.