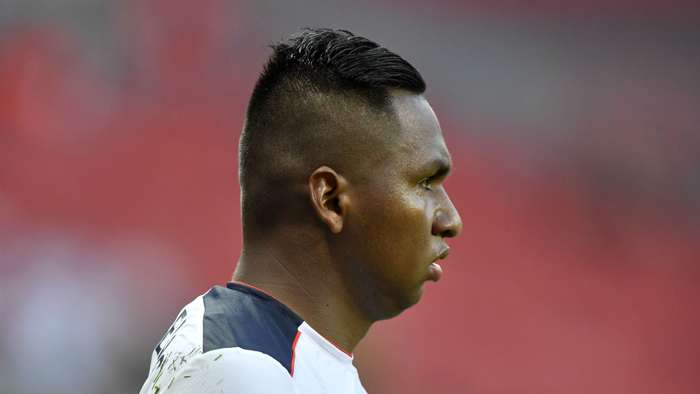 Rangers manager Steven Gerrard believes star forward Alfredo Morelos has "had his head turned" by speculation over his future.

Moussa Diaby scored the only goal at the BayArena to conclude a 4-1 aggregate passage into the quarter-finals for the hosts.

Morelos has been heavily linked with a move to Ligue 1 side Lille, with Rangers' moves to sign attackers Kemar Roofe and Cedric Itten on Tuesday widely interpreted as them preparing for life without the 24-year-old Colombian.

Asked by BT Sport whether he expected Morales to be at the club next week, Gerrard replied: "I don't know, I can't control what goes on outside.

"Everyone knows he's had his head turned, for sure. There's no denying that.

"But we just move forward. My focus is on the team and the players that want to be here and my focus is certainly on Rangers' next game against St Mirren.

"If a bid comes that the board like and are interested in, and the player tells me face to face he wants to go then we'll see what happens."

Gerrard refuted the suggestion that Morales' performance against Leverkusen had been compromised by the prevailing uncertainty.

"I don't think so. I think Alfredo's professional enough to block the noise out and focus," he said.

"He hasn't had the best of games tonight but we haven't as a team either.

"There are no fingers pointed at anyone. We've given it our best shot and unfortunately we fell short.

"We all have to improve, but Alfredo needs to remain focused."

Rangers striker Jermain Defoe believes Morelos has coped with the uncertainty surrounding his future as he has been training as normal.

"He's dealt with it quite well. You would never look at him and think: 'He's got it at the back of his mind, he's not training well, he's confused or anxious', he's just been normal to be honest,” he said.