From Barcelona to Guardiola's Man City via Juventus, what next for wonderkid Moreno?

From Barcelona to Guardiola's Man City via Juventus, what next for wonderkid Moreno? 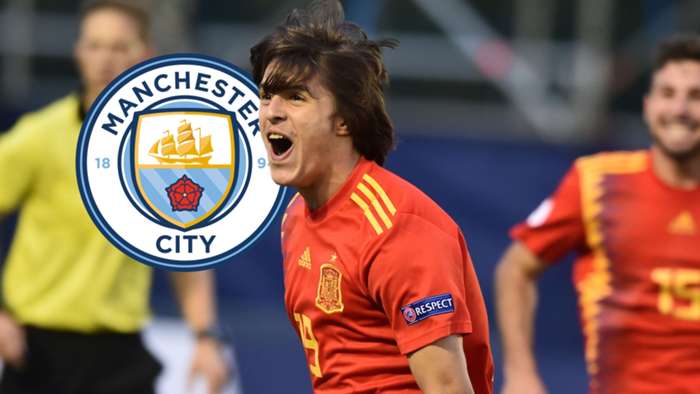 Spanish teenager Pablo Moreno is the latest in a long line of wonderkids to arrive at Manchester City hungry for the challenge of trying to make the grade under taskmaster Pep Guardiola.

Only a handful have made the significant step up to becoming first-team regulars under the demanding Catalan. Most recently, there are the examples ofPhil Foden and Eric Garcia, who were included in the starting line-up for City's clash with new champions Liverpool on Thursday and who are seen as the future of the club.

But of the hopefuls that have proven themselves under Guardiola, such as Sergio Busquetsat Barcelona and Joshua Kimmich at Bayern Munich, somehave gone on to staramong the very best.

Moreno is hoping to join that list by moving to City.Despite being given a personal guiding hand by Cristiano Ronaldo and Paulo Dybala, he has chosen to jump from Juventus in search of more opportunities.

The 18-year-old forward has signed a four-year contract with City after completing a swap deal that saw Portuguese winger Felix Correia make the opposite journey to Italy with both players valued at around €10.5 million (£10m/$12m).

Correia arrived from Sporting CP12 months ago with a big reputation. He had starred for Portugal at every level from U15to U19but spent last season on loan in the Netherlands with AZ,making 27 appearances for their youth team.

Moreno, meanwhile, will soon find out exactly what is in store for his immediate future. After signing his deal, the teenager will arrive in Manchester next week to take a tour of City's state-of-the-art Etihad Campus and meet Guardiola and director of football Txiki Begiristain to discuss his plans.

While there has been plenty of excitement around the potential of Moreno, fromhis schoolboy years at Barcelona's La Masia academy to his move to Italy as a 16-year-old, he is still yet to gain any first-team experience. A role as an unused substitutein a 2-0 defeat to Genoa in March 2019 remains his only call-up for the Bianconeri's first-team squad.

Despite some strong performances for the youth team - particularly in the UEFA Youth League in whichhe scored four goals in three matches this season - current boss Maurizio Sarri ignored him. For the Juve team he has played in all front three positions as well as an attacking midfielder without making any position his own.

But in his four years at Barca, Moreno broke a host of goalscoring records. In his debut season with the under-12s, he scored 72 goals in 27 matches. The following year he scored another 41. His total reached 66 the year after and a further 34 were scored in what proved to be his final season at La Masia.

So impressive were his performances that he earned a call-up to Spain's U16squad at the age of just 14 and Barca were reportedly keen to take him back when the possibility of leaving Juve this year became apparent.

He could yet make a temporary return to Spain, with a loan at Segunda Division side Girona providing an opportunity to gain valuable experience. The Premier League club have sent 10 players to Girona since they were added to the City Football Group with mixed results.

Others such as English winger Patrick Roberts and Spanish midfielder Alex Garcia went therewith high hopes but struggled to make an impression. None hascome back to force their way into the City squad.

Some investments in emerging stars have paid handsomely; striker Gabriel Jesus for example, whose €30m (£27m) move from Palmeiras has turned out to be a bargain. Other such as Maffeo and Luiz were sold on at a profit. And that shows why the club feel the strategy is so worthwhile and why it is one that they will continue this summer.

Competition is tough around the first team but there are openingsand, potentially, one for a forward next season. At the moment, Sergio Aguero is likely to leave when his current contract runs out and, while replacing the club's greatest-ever striker could not be expected of someone as young as Moreno, his expected departure in 2021could present a chance .

Anyone trying to fill his boots will find it tough and the City boss may want more options than he currently has without the Argentine's reliability. Moreno's switch to Citycould turn out to be the right move at the right time.