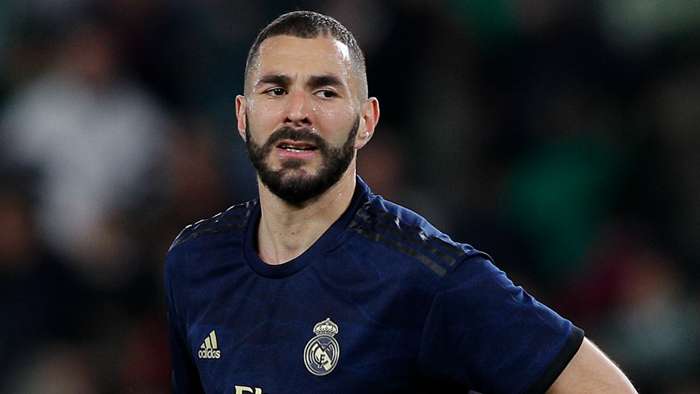 French prosecutors have asked for Karim Benzema to stand trial in connection with an attempted blackmail in 2015 of Mathieu Valbuena over a "sex tape" alleged to have involved the Real Madrid striker’s former international team-mate.

The Real Madrid striker was alleged to have been involved in an attempt by blackmailers to extort money from a fellow France international ahead of a friendly against Armenia five years ago.

Valbuena was reportedly contacted by blackmailers who threatened to leak an intimate video of him, and Benzema is suspected of encouraging his ex-team-mate to meet their financial demands.

Benzema has consistently denied any involvement with the alleged blackmail plot, and has always insisted that he only broached the subject withValbuena to warn him that such a tape existed.

Valbuena has previously alleged that Benzemaurged him to pay up in order to avoid any footage surfacing in the public sphere, and condemned hiscompatriot's actions during an in-depth interview in November 2015.

Valbuena, the former Marseille and Lyon player who now plies his trade in Greece with Olympiacos, toldLe Monde: "I was more than disappointed. I told myself that it was quite simply a lack of respect. You can’t behave like that with anyone."

Benzema has not played for his country since, with France head coach DidierDeschamps publicly expressing his belief that the forward "crossed the line", and the Versailles prosecutor has now requested a trial against the 32-year-old, along with four other suspects.

“Some people can give speeches that can have consequences that go beyond any form of understanding, and I can never forget that,” Deschamps toldEurope 1 in January 2019. “At that moment I considered that a line had been crossed.

Benzema has been enjoying one of his strongest seasons yet in a Madrid shirt.