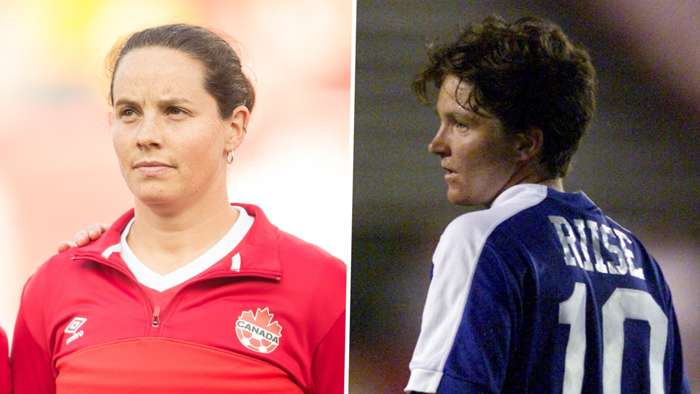 Hege Riise and Rhian Wilkinson have been appointed coaches to England’s women’s national team set-up following the departure of Phil Neville this week.

Sarina Wiegman is set to succeed the former Manchester United defender, but not until September, with her to remain in charge of the Netherlands until then.

Riise, who won the World Cup with Norway in 1995, will step up to lead the team for the upcoming international break in February, with Wilkinson, who was capped 181 times by Canada, supporting her.

“I'm excited about the opportunity I've been given to work with England Women,” Riise said.

“This is a proud and ambitious team that I look forward to working with and I am confident of making a positive impact when I meet up with the squad in February."

Wilkinson, who won Bronze medals at both the 2012 and 2016 Olympic Games, said: “I am extremely thankful for the opportunity to work with such a talented group of players and staff, and it is a privilege to work alongside Hege Riise who I have already worked closely with as a player and coach.”

Riise, who was among The Best FIFA Women's Coach nominees last year, stepped down from her role as head coach of LSK Kvinner in December, a role she had held since 2017.

She won three league titles and two domestic cups during that time and reached the quarter-finals of the Women’s Champions League in 2018-19.

The former midfielderalso spent three years as assistant manager with the United States women’s national team, from 2009 to 2012.

“I am delighted to welcome Hege Riise and Rhian Wilkinson to the England coaching team, having had positive discussions with them in recent weeks,” Baroness Sue Campbell, the FA’s director of women’s football, added.

“They bring significant international experience and will help guide our players before the arrival of Sarina Wiegman as our new head coach to lead us into the home Euros in 2022.

“Once February is complete, we will sit down and assess the Lionesses situation and consider next steps for Team GB in consultation with the home nations and the British Olympic Association.”