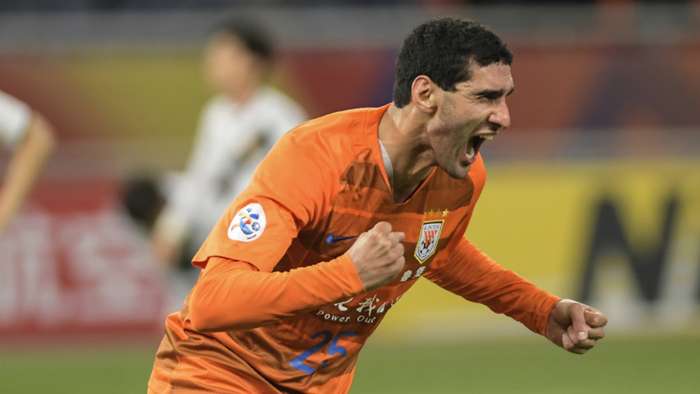 Marouane Fellaini enjoyed a stunning start to the 2020 Chinese Super League season with a quick-fire hat-trick of headers to help Shandong Luneng to an opening-day victory.

But the coronavirus pandemic, which originated in China, halted the 2020 campaign for six months as the nation battled the illness, leaving the midfielder out of action.

Fellaini was one of thousands to catch the virusin the country back in March, but made a full recovery and recently completed a spell of isolation having returned to China following a trip to Dubai.

"The time has come for me to thank from the bottom of my heart, the medical staff of the hospital, their nursing staff as well as my club and its medical staff for taking such good care of me with so much kindness and for ensuring my comfort whilst there," he wrote upon being discharged from the facility in April.

"The hardest part is behind me! Let's keep fighting, it's important!"

The Super League was finally able to kick off this weekend, with the top flight condensed into two groups in order to fit the season into the reduced time-frame.

And Shandong and Fellaini started in style with a 3-2 victory away to Dalian Pro, in which the former United star scored all three of his side's goals within the space of eight minutes - and, even more impressively, netting each with his head.

Known for his prowess in the air, the towering midfielder opened his account in the 79th minute to put Shandong within reach at 2-1 down, with Dalian, coached by Rafa Benitez, having raced into a two-goal lead earlier with strikes from ex-Newcastle striker Salomon Rondon and Marcus Danielson.

He then struck again four minutes later to level the match before completing Shandong's comeback in the 86th minute, ensuring the visitors would leave with all three points.

Despite the prolonged interruption to the Super League, Fellaini looks keen to pick up where he left off prior to the pandemic after enjoying an impressive debut season in China.