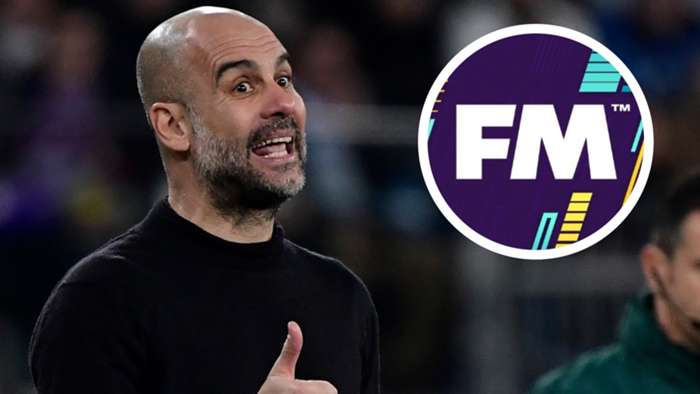 Football Manager is one of the most popular sports video games in the world and fans of the long-running franchise can look forward to Football Manager 2021 (FM21) later this year.

There had been some concerns that there may not be a follow-up to Football Manager 2020, but Sports Interactive bosses eased those worries with an announcement in late July.

So, while we look ahead to the fresh instalment of the simulation game, Goal brings you everything we currently knowabout release dates, price, devices and more.

Football Manager games are normally released around the beginning of November, but coronavirus-related disruptions this yearmean that it will be slightly later than usual.

Sports Interactive head honcho Miles Jacobson said there would be a delay in the launch of Football Manager 2021, but gave an indication that itcould be available in late November or early December 2020.

"Despite all the problems going on in the world, there will be new Football Manager games released later this year," Jacobson said in a message shared on the official Football Manager website in July.

He added that the games "will be delivered a little later than we’d originally planned" but the expectation is that they will be ready in time for the Christmas and holiday period.

It's not clear yet how much Football Manager 2021 will cost, but the standard version of the games usually cost in the region of £40, though there are usually pre-order and loyalty discounts available.

There are a number of different versions of the game, with Football Manager Touch - a scaled-down version optimised for tablet devices -being cheaper than the standard computer edition.

To put the price of Football Manager into perspective, it is significantly cheaper than the FIFA franchise, with the standard version of that costing £59.99 in the UK, although they are admittedly very different games.

Football Manager 2021 is expected to be available on the usual platforms of PC, Mac and Google Stadia, as well as Nintendo Switch, tablet devices and mobile phones (for Touch and Mobile versions).

Sports Interactive have also teased the news that FM21 will be available on "more platformsthan ever before", but it is unclear which these will be exactly.

There have been calls over the years for Football Manager games to be made available on PlayStation and Xbox devices, but we will have to wait and see for now.

It is normal for Sports Interactive to remain tight-lipped about new features until everything is locked in place, but we usually hear from them roughly two months before launch.

So, while the coronavirus-enforced lockdown may have thrown a spanner into the works,we can safely assume that official details will be made public some time inSeptember orOctober in order to whet appetites.

According to Jacobson, the new games will "have exceptionally strong feature sets", but not quite the 'dream feature set' he had originally envisaged pre-Covid-19.

FM 20 brought new featuressuch as Club Vision and Code of Conduct, so it will be interesting to see what fresh additions appear. While we wait to learn of new features, here are some potential FM21features:

The issue of game engine graphics has long been a focus of Sports Interactive and, while strides have indeed been made to make the visual experience better, there is still a way to go.

Of course, it's not likely that FM21 will look as good as FIFA 21, but every step towards realism is one to be welcomed in a simulation game.

While the old adage 'if it's not broke, don't fix it' may often ring true, some gamers would like to see new player statistics added to the usual technical, mental and physical columns.

RealSport suggests that player stats "have been static for a while" and they make a good case, arguing that fine-tuning your team's tactics would be easier if you knew if a striker with a strong finishing attributewas better at first-time shooting and so forth.

Manchester United taking legal action against Football Manager over a trademark complaint illustrates how fraught the question of licensing and likeness can be, but fans of the game always want the real deal.

While getting more official licensing deals in plays sounds good, it may be tricky and the ongoing battle for alliances looks to be getting more competitive, with AC Milan and Inter set to be exclusive to FIFA 21.

Every now and then, clubs will lock horns with the football authorities and sometimes, as Manchester City did with UEFA, they will end up taking a dispute to the Court of Arbitration for Sport.

Disputes arise at all levels of the game, so it may be a headache to cover all bases, but more dynamism on big-ticket issues such as ejection from the Champions League or transfer bans would enhance realism.

Management at international level is very different to management at club level and that is reflected in the game, with much greater control and options available to club managers.

The popular FM Blog has suggested that FM21 could benefit from increasing the training and scouting dynamics available to international coaches.