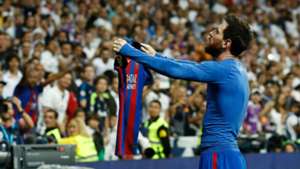 Barcelona versus Real Madrid is El Clasico - but Spain's flagship face-off it is not the only such derby game in the world.

Other countries boast rivalries which are named similarly to La Liga's big game and looked upon as the defining game of the season when it comes to bragging rights and more.

Goal takes a look at some of the other Clasico games which are contested across the world of football.

'El Clasico' matches around the world

While Spain's Clasico between Barcelona and Real Madrid is what usually springs to mind first when someone mentions El Clasico, there are many others.

In Argentina, the showdown between Boca Juniors and River Plate is known as the Superclasico and the Bayern Munich versus Borussia Dortmund match in Germany is Der Klassiker.

Paris Saint-Germain and Marseille contest Le Classique in France, while Liga MX in Mexico features a number of Clasicos involving the likes of Chivas, Club America and others.

Portugal's version of El Clasico is O Classico between Benfica and Porto, while in the Netherlands, De Klassieker is the game between Ajax and Feyenoord.

LA Galaxy are involved in two Clasicos in MLS. Their rivalry with San Jose Earthquakes dubbed the California Clasico, while the meeting with Los Angeles FC is known as El Trafico, which is a play on LA traffic.

What does El Clasico mean?

El Clasico is a Spanish term which translates to 'The Classic' in English. The term is commonplace in football and many leagues have their own 'classic' derby match.

While many countries use their own language version - Der Klassiker in Germany or Le Classique in France, for example - a number of countries appropriate the term Clasico.

In Saudi Arabia, the main rivalry between Al-Ittihad and Al-Hilal is promoted as the Saudi Clasico, while Iraq's chief Baghdad derby games are sometimes referred to as Iraqi Clasicos.

Likewise, the Old Indonesia derby is commonly referred to as the Indonesian Superclasico.

While El Clasico (or The Classic) is a popular nickname across the world for the main national football rivalry of many countries, derby matches of similar notoriety have their own nomenclature.

Some notable examples include the Old Firm derby between Celtic and Rangers in Scotland or the Northwest derby between Manchester United and Liverpool in England.

Other classic derby matches include the Derby della Madonnina between Inter and AC Milan, the Intercontinental derby between Galatasaray and Fenerbahce, and Greece's Eternal Derby between Olympiacos versus Panathinaikos.