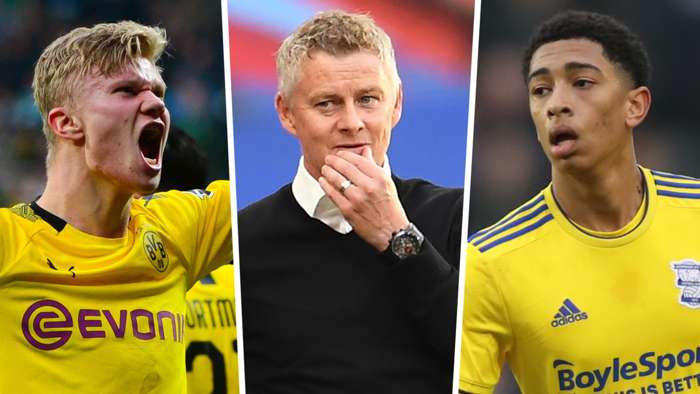 When Sir Alex Ferguson is asked to greet a prospective new signing at Manchester United’s training ground,it says everything you need to know about how desperate the Red Devils are to complete the deal.

Executive vice-chairman Ed Woodward and chief transfer negotiator Matt Judge took Bellingham and his parents on a tour of the club’s Carrington training base at the start of March, before the country went into lockdown, in a hope that they could finalise a deal to get the teenagerto join United.

The only issue was that, after an impressive breakout season for Birmingham, the then-16-year-oldhad garnered interest from elsewhere.

As time ticked on following the visit,it became apparent that the midfielder would be heading to Germany, and Borussia Dortmund, instead of up the M6.

"I think there's been loads of speculation linking us to every single talented player from the age of 15 to 25, really," United manager Ole Gunnar Solskjaer said recently when pushed on the possibility of losing out on signing Bellingham. "I can't comment on every single player that's been linked with us."

Solskjaer isright when he says he cannot comment on every single player United are linked with. The number runs into the thousands and he would be there all day.

But, in the case of Bellingham, United's interest was concrete, and Goal has learned that they were willing to match the money on offer from Dortmund.

The teenager was, howeverswayed by what he perceived would be more guaranteed game time in Germany as well asfellow English youngster Jadon Sancho’s career progression since moving to the Bundesliga.

“I’m incredibly excited to have joined one of the biggest clubs in Europe. The direction they are heading in and how much they help young players improve made it an easy decision for me personally and my family,” Bellingham said on Monday after completing his €25 million(£23m/$29m) move to Signal-Iduna Park .

“I can’t wait to perform in front of over 80,000 fans when they are back inside one of the most beautiful stadiums in the world – hopefully as soon as possible.”

There is slight bemusement at United over the claim that aperceived lack of playing time at Old Trafford may have played a role in Bellingham's decision.

The teenager had been told he would have gone straight into the first team squad underSolskjaer rather than be thrown into theUnder-23s group coached by Neil Wood, while Unitedpride themselves on giving youth a chance.

This season, the average age of their starting XI in the Premier League has been youngest in the division, witha number of academy graduates having been handed their debuts during the current campaign.

Dortmund could, though, guaranteeChampions League football for next season, something which at the moment United currently cannot, and Bellingham was convinced by the package the German side offered him.

It is, of course, a familiar feeling for United and their supporters. Not eight months ago they could only watch on as Erling Haaland completed his move to Dortmund having also been publicly courted by the 20-time English champions.

United were quick to claim that they were not willing to structure a deal for Haaland that would have seen a chunk of his wages go to agent Mino Raiola, and though the Italian has refuted that, either way there is a familiar sense of disappointment at missing out on of Europe's top young talents.

For Bellingham, joining Dortmund will - he hopes - providea stepping stone move for the midfielder in the same way it has for Sancho, who is now set to depart the club this summer, with United understood to be towards the front of the queue.