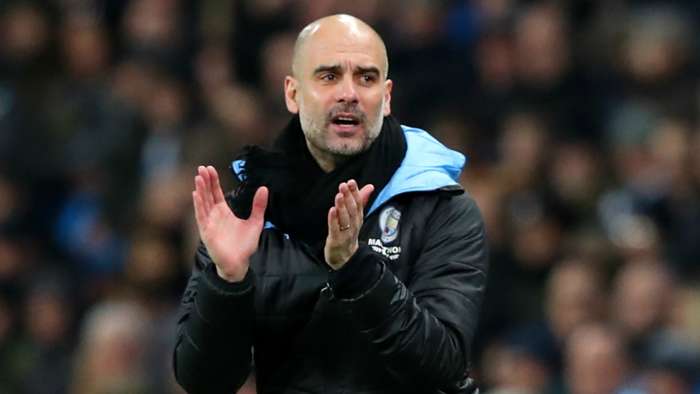 Fernandinho has discussed Brazil’s national team post with Pep Guardiola, but the Manchester City star considers it to be “impossible” for the Catalan to take charge of the Selecao.

Back in 2015, Dani Alves claimed that Guardiola had expressed a desire to oversee events at a home World Cup in the previous summer.

He told ESPN: “Pep said he wanted to make Brazil a World Cup champion and had an entire strategy to make us a world champion.

Fernandinho believes that remains the case in his homeland, while Guardiola is also of the opinion that high-profile positions in South Americashould be filled by native coaches.

City’s versatile Brazil international told Globo Esporte when asked about the talk of his club boss taking charge of a prestigious national side: “Once we talked about it, but in a very informal way, more in review.Mainly because of the news that came out in Brazil that claimed he had said that he would like to train Brazil.

“But I believe it is a bit impossible.He said he thinks Brazil and Argentina should always have Brazilian and Argentine coaches.We produce so many players, we have the capacity to produce great coaches.

“Within the more informal conversation I believe it is difficult, but in football there is no certainty about anything.”

Fernandinho has spent the last four years working with Guardiola at the Etihad Stadium.

The 35-year-old had already spent three seasons in Manchester before Guardiola arrived, winning a Premier League title along the way, but admits collective standards have been raised under the guidance of a demanding coach.

“He is quite intense, in the sense of the amount of information we receive,” Fernandinho added.

“It's really big.It makes us learn and grow a lot.All the players who had the privilege to work with him noticed this difference.