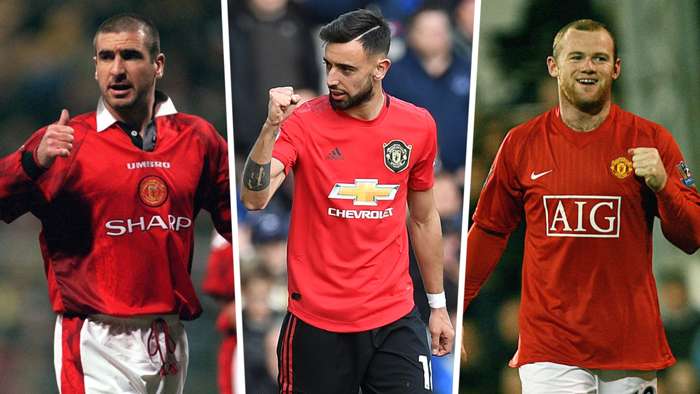 Bruno Fernandes’ impact at Manchester United can be compared to those made at Old Trafford by Eric Cantona and Wayne Rooney, says Phil Neville.

The Red Devils rolled the dice in January when snapping up thePortuguese playmaker from Sporting. Hopes were high for the new arrival, but few could have predicted that he would settle so quickly and become a key figure for Ole Gunnar Solskjaer in a matter of weeks.

That is the standing that Fernandes now enjoys, with the 25-year-old proving to be the talismanic playmaker that United have been crying out for.

He has helped to shoulder some of the responsibility previously lumped onto others, such as Paul Pogba and Marcus Rashford, with thePremier League rookierevelling in the weight of expectation he works under.

The very bestcan raise their game when it matters most, with Fernandes following in some illustrious footsteps.

Neville believes he can be compared to iconic figures from United’s recent past, including theenigmatic Frenchman who helped to usher in an era of unprecedented success and a powerful frontman who now holds all-time scoring records for the Red Devils and England.

Quizzed on who Fernandes could be likened to, former United star Neville told Premier League Productions: “Cantona? Rooney when he came in? You talk about the great Manchester United players that have been brought in, Cantona probably had the biggest influence of all-time.

“There are those winter months - January, February when it’s cold and the pitches are bad – but at the moment his impact is phenomenal.”

United prised Cantona away from arch-rivals Leeds in November 1992 and saw him inspire them to four Premier League titles.