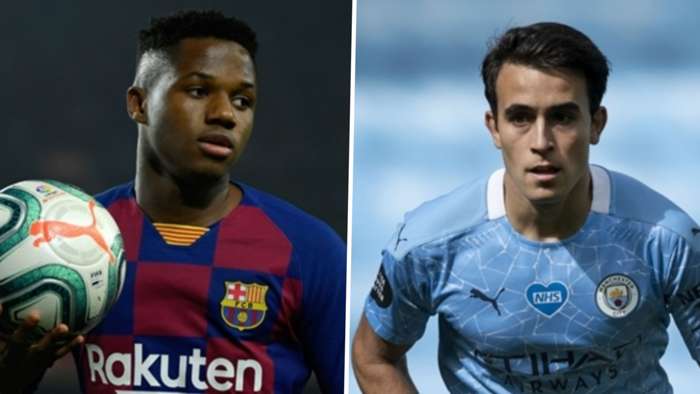 A number of youngsters will be given an opportunity to see competitive minutes in those fixtures.

Ferran Torres, who has just completed a big-money move to City, is another to have been given the nod.

Wolves winger Adama Traore has also been selected by Enrique, with the jet-heeled 24-year-oldseemingly set to commit his international future to Spain.

He has remained eligible for Mali, but outings of any kind against Germany or Ukraine would see him tied to the country of his birth.

It could be that he figures alongside a few other graduates of Barcelona’s famed La Masia academy system.

Established stars such as Sergio Busquets, who remains at Camp Nou, and Bayern Munich midfielder Thiago Alcantara – who is readying himself for the 2020 Champions League final – have got the nod.

As has 17-year-old sensation Fati, who has enjoyed a remarkable breakthrough year in Catalunya.

Having made his first-team debut at Barca at the age of 16 in August 2019, a meteoric rise to prominence has been enjoyed.

Fati has taken in U21 outings for Spain, having been born in Guinea Bissau, and is now seemingly set to nail his colours to the Roja mast.

Garcia will also be taking a notable step up from the youth ranks as he joins the senior set-up.

Uncertainty reigns when it comes to the 19-year-old’s future at club level, with Pep Guardiola having revealed that the talented centre-half will not be signing a new contract at the Etihad Stadium.

That is leaving the door open for a return to his roots at Barca to be made, with the Blaugrana eager to buy into his potential.

Dani Olmo and Marco Asensio are among the others to make Spain’s latest squad, while Premier League pair David de Gea and Kepa Arrizabalaga will once again be battling it out to fill a No.1 spot between the sticks.