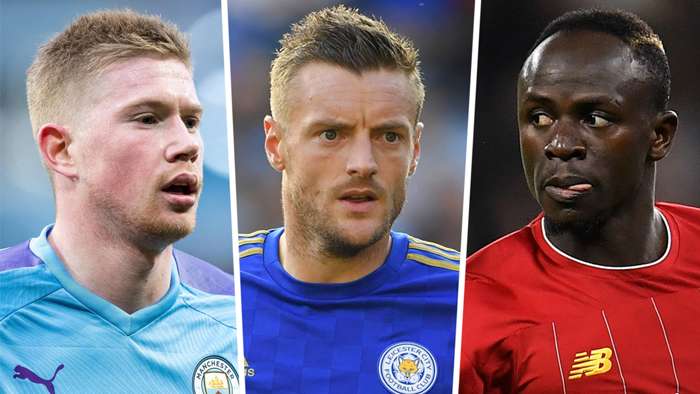 Manchester United's resurgent run of form since the restart has seen them pile the pressure on Chelsea and Leicester City in the race to finish in the top four, while the battle for theEuropa League spots is also hotting up.

He's at it again!Bruno Fernandes (£9m)produced his third double-digit performance in a row as he scored and grabbed an assist in Manchester United's 3-0 win over Aston Villa.

With Ole Gunnar Solskjaer unlikely to make changes to a winning, and record-setting, team in the final weeks of the season, do all you can to get the likes of the Portuguese, Anthony Martial (£8.3m) and Mason Greenwood (£4.7m) in your starting XI.

The Red Devils face Southampton at Old Trafford next, while they finish the season with further favourable-looking fixtures against Crystal Palace (A), West Ham (H) and Leicester City (A).

With Jurgen Klopp having rested Sadio Mane (£12.3m) for Liverpool's 3-1 win at Brighton, the big question is whether the German will do the same with Mohamed Salah (£12.5m) for the clash with Burnley at Anfield.

The Egyptian was back in form at the Amex Stadium, with Salah grabbing twogoals, an assist and three bonus points as he moved level with Kevin De Bruyne (£10.8m) as the game's top-scoring player with 223.

Chelsea face a tough test against Sheffield United away in their next match although Willian (£7.3m)and Christian Pulisic (£7.3m) continueto offer excellent value, withthe duo having amassed83points between them since the Premier League restart.

After having only scored two goals in 14 league matches prior to the start of July,Jamie Vardy (£9.8m)is fit and firing again having netted three times in his last two games.

The 33-year-old leads the race for the Golden Boot and will be confident of adding to his tally as Leicester come up against relegation-threatened Bournemouth on Sunday evening.

Wolves have hit something of a blip in recent weeks - with Nuno Espirito Santo's side without a win in their last two - so is now the right time to offload Raul Jimenez (£8.2m)and Adama Traore (£5.7m)?

It's a tricky one as though the goals have dried up considerably (Wolves have scored just three times in their last six Premier League matches), fixtures against Everton, Burnley and Crystal Palace represent a decent opportunity to get back in the groove.

Two of the game's most expensive strikers Harry Kane (£11m)and Pierre-Emerick Aubameyang (£10.9m) go head-to-head in Sunday's north London derby with both coming off the back of contrasting gameweeks.

The England captain's patchy form has epitomised Spurs' recent struggles, with Kane having fired blanks in his last two fixtures - the shining light at the end of the tunnel is, of course, his impeccable record in London derby showdowns.

Aubameyang, on the other hand, has three in his last three matches and, if he is off in the summer, he'll be desperate to make a bigimpact against the Gunners' fierce rivals at the Tottenham Hotspur Stadium.

Who else butBruno Fernandes (£9m)?!

It's now the third week in a row we've put forward the Portuguese as one of the best possible options to be your captain but with Southampton visiting Old Trafford, there's every chance he'll fill his boots once again.

The former Sporting CP star was withdrawn after 70 minutes of the 3-0 victory over Aston Villa and thus it would appear there's no danger of Solskjaer not picking the 25-year-old from the start against the Saints.

Sadio Mane (£12.3m) represents a solid alternative - the Senegalese was given the night off at Brighton and will surely be restored to the starting XI to face Sean Dyche's Burnley at Anfield on Saturday afternoon.