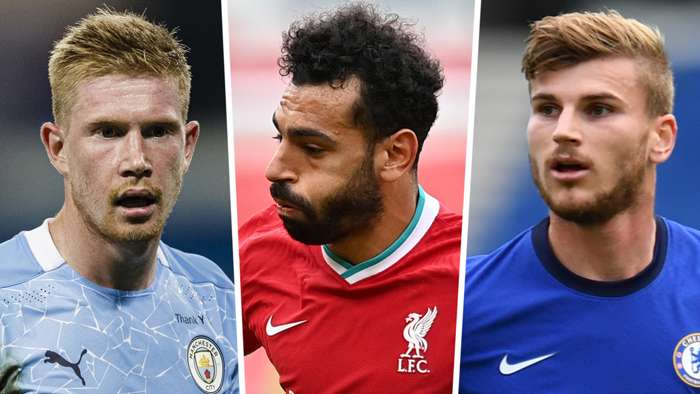 The Premier League returns on Saturday barely a month after the conclusion of the 2019-20 campaign and that, of course, means the start of Fantasy Premier League 2020-21!

The clock is ticking to get your 15-man squads entered before the Gameweek 1 deadline (11am BST on September 12), so how will you spend your £100 million budget this time around?

We've seen the likes of James Rodriguez (£7.5m), Timo Werner (£9.5m) and Ferran Torres (£7m) join England's top flight during the summer, while Leeds,Fulham and West Brom are all back in the big time.

From team selection adviceto possible captain picks - Goal is on hand to help you get your squad in shape ready for the big kick-off!

With the impact of the coronavirus pandemic pushing back the 2019-20 season, Gameweek 1 sees a reduced fixture list that means thatfour teams - Manchester United, Manchester City, Aston Villa and Burnley - will not be in action.

That could tempt you into the very early use of your Free Hit chip, ensuring that squads packed with United and City players will not be penalised by the fact they're without a game on the first weekend of the season.

Starting with your goalkeeper, there are a couple of bargains to be found if you decide against the likes of Alisson (£6m), Ederson (£6m) or Nick Pope (£5.5m) - who were all popular picks last term.

MatRyan (£4.5m) and Alex McCarthy (£4.5m) are the undisputed number ones at Brighton and Southampton respectively, with both having broken the 100-point barrier in the 2019-20 season.

It's true that they're unlikely to be in contention for the golden glove butthey are decent - and affordable - options between the sticks nonetheless.

The highest-scoring defender from the last campaign was Trent Alexander-Arnold (£7.5m) as he accumulated 210 points, scoring four league goals and claiming 15 assists.

It's no surprise that he's in demand this time around, with, at the time of writing, 54% of total FPL managers - the highest forany individual player in the game - owning the Liverpool right-back.

Jose Mourinho's Tottenham decided to bring in Wolves' maraudingwing-back Matt Doherty (£6m) in the summer and he looks another solid option for your starting XIs, with Spurs facing Everton (H), Southampton (A) and Newcastle (H) in their opening matches of the season.

If you're looking for a bargain, Crystal Palace full-back Tyrick Mitchell (£4m) could be a sound investment, with the 21-year-old having made his first-team breakthrough in July and he has since started three of his side's four pre-season friendlies.

Sadio Mane (£12m) and Mohamed Salah (£12m) both remain costly picks, while Chelsea new-boyKai Havertz (£8.5m), who should be a regular starter under Frank Lampard given his £70million ($91m) transfer fee,could be a decent addition to your team.

As for cheaper alternatives to help bulk out your squad, Tomas Soucek (£5m) is now a regular in David Moyes' West Ham XI and remains a goalscoring threat from set-pieces. That said, it has been reported that he's a doubt for Saturday's meeting with Newcastle.

Bukayo Saka (£5.5m), who impressed in Arsenal'sCommunity Shield win over Liverpool,is another relatively cheap option who should have a prominent role to play for the Gunners this season, while Brighton's Dale Stephens (£4.5m) should guarantee at least 60 points over the course of the campaign.

Newcastle winger Allan Saint-Maximin (£5.5m)and Chelsea midfielder N'Golo Kante (£5m) are two other options to consider - both should play regularly and they won't break the bank.

The forward position is a tricky one given that many of the league's top goalscorers are now classed as midfielders.

That's not the case for Jamie Vardy (£10m), however, who should be another reliable source of points in 2020-21 and faces West Brom (A) and Burnley (H) in his first two matches.

The first game of the new season is a bit of unknown in terms of where players are with their fitness levels and form although with Arsenal facing newly-promoted Fulham, and Aubameyang (£12m) having been indecent goalscoring nick in pre-season, he looks a solid captain choice.

Liverpool's home clash with Leeds also catches the eye, withMane (£12m), who scored in the Reds' 7-2 friendly win over Blackpool last time out, set to start at Anfield as he looks to build on his 2019-20 haul of 221 points.

Werner (£9.5m) is an alternative option to the aforementioned duo and he should start at Brighton, either as the number nine or perhaps on the left flank, should Olivier Giroud (£7m) or Tammy Abraham (£7.5m) get the nod in the striker role.