FIFA 21 passing: Which players have the highest rating on the game?

Arsenal beating Manchester United at Old Trafford on Sunday would be an “upset”, says Kevin Campbell, with Mikel Arteta still “learning on the job” when it comes to competing wi...

FIFA 21 passing: Which players have the highest rating on the game? 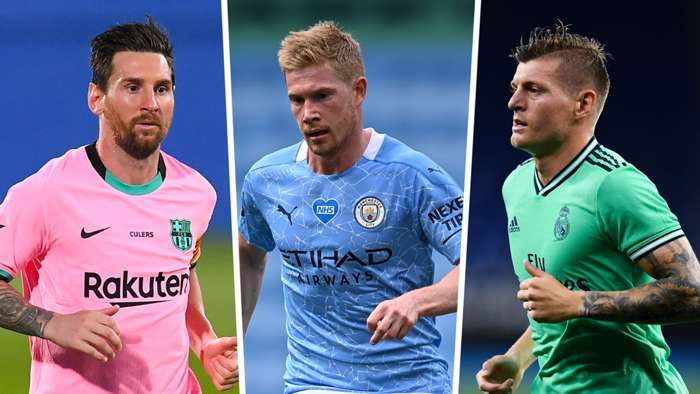 The fast pace of a FIFA game often relies heavily on players capable of keeping the ball moving and picking the right pass at the right time.

The Belgian midfielder, rated 91 overall, enjoyed a stellar 2019-20 campaign and was recently named the Premier League's Playerof the Year.

De Bruyne has narrowly edged out Barcelona star Lionel Messi and Real Madrid ace Toni Kroos as FIFA 21's best passer with the duo both given pass ratings of 91.

Passing is incidentally deemedto be Messi's third best attribute in the game with the Argentine handed 95-rated dribbling and 92-rated shooting.

Alone in fourth spot is a less familiar name with Villarreal's central midfielder Daniel Parejo proving he knows how to pick out a pass in La Liga.

Liverpool's Trent Alexander-Arnold is the only defender to make the top 20 this year with an impressive passing rating of 87.

Arsenal outcast Mesut Ozil has just made the cut despite playing little football over the past year, with the German's overall rating dropping to 82.

Paris Saint-Germain star Neymar is also included in the list with the Brazilian remaining a greatall-round attacking threat in FIFA 21.