FIFA 21 on Nintendo Switch: Why gamers should avoid 'legacy' game

FIFA 21 on Nintendo Switch: Why gamers should avoid 'legacy' game 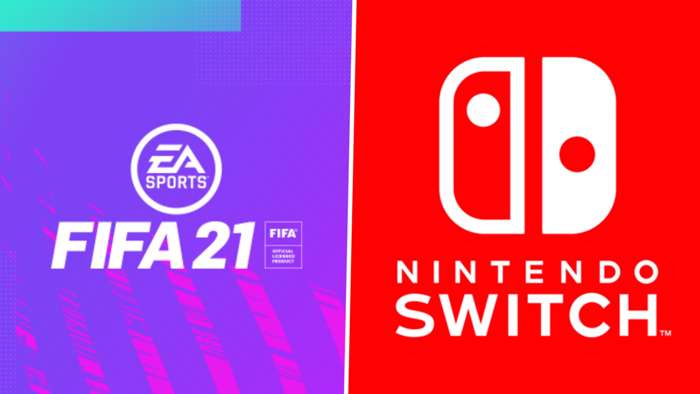 FIFA 21 will soon be launched worldwide and the video gaming community is rippled with excitement as avid followers of the iconic EA Sports franchise dive in to discover what's new.

Despite the fanfare, not all devotees to the FIFA series have had their desires met and, indeed, have been left somewhat disappointed, not least those who play the game on the Nintendo Switch. The consensus if you have that console, seemingly, is that FIFA 21should be avoided – after the overwhelmingly negative reception that FIFA 20 on Nintendo Switch got.

So, why exactly FIFA 20 on Nintendo Switch wasso poorly received, and will the same be expected for FIFA 21?

FIFA 20 was a major disappointment for Nintendo Switch gamers because of the paucity of features on the platform in comparison to those which have been rolled out on Xbox One and PlayStation 4.

FIFA 21 is set to offer little more satisfaction, as EA have already confirmed that as with the previous edition of FIFA 20 on Nintendo Switch, it will not include the unique game modes available on other platforms.

Said EA on their official website : "The FIFA 21 Legacy Edition on Nintendo Switch features the latest kits and squad updates for the upcoming season, updated presentation (in-game menus and broadcast overlays), but no new game modes or gameplay innovations."

This was also the case for the release of FIFA 20 on Nintendo Switch, where most strikingly of all was the complete absence of Volta Football, despite the fact that the all-new mode was widely heralded as the game's latest unique selling point, with a separate soundtrack even compiled just for it.

Indeed, the lack of Volta, coupled with the fact that the gameplay improvements implemented across other systems have not been effected, means that there is no getting away from the fact that FIFA 20 on the Nintendo Switch was essentially FIFA 19 with a facelift.

You'll get to play with up-to-date squads decked out in the latest kits and you can still play online, but other than that it's a case of as you were.

Of course, to be fair to EA Sports, the company never shied away from the fact that it was going to be leaving the Nintendo Switch version of FIFA 20 in the past - after all, it clearly marketed it as 'FIFA 20 Legacy Edition' , something that has previously been done for older consoles when the focus shifts to next-generation hardware.

The company's official website clearly outlined what would be included on the game for anyone wishing to buy it for the Nintendo Switch, so there was fair warning and no one could claim to be surprised by the lack of innovation present.

"You're gonna get a fresh new look in Switch, with kits and player lists and all of that," FIFA 20 executive producer Aaron McHardy said in a June 2019 interview with Eurogamer . "But you're not going to be getting Volta or any of the big new features."

McHardy's explanation ahead of the release was pretty frank about what was in store, but it hasn't done much to quell discontent among Nintendo Switch gamers, who had hoped for more investment from the game's developers.

"Rather than put any effort in whatsoever to regain interest in the Switch version by trying to bring it in line with other systems, EA has simply slapped a ‘Legacy Edition’ sticker on the title, taken its ball and gone home," read a review in Nintendo Life .

IGN was similarly unflattering, giving the game a two-star rating and dismissing it as nothing more than a "skin job".

"There’s honestly no genuine reason I could give you to purchase FIFA 20 on the Nintendo Switch if you already own FIFA 19 on Switch," goes the scathing IGN review.

The same reception is expected for the release of FIFA 21 on Nintendo Switch.

Depending on how highly you value having the newest kits and updated player rosters, the FIFA 21 Legacy Edition could well be avoided, given its close similarity to FIFA 20 and FIFA 19.

Ever since its debut on Nintendo Switch with FIFA 18, the EA Sports football series has lagged behind its Xbox One and PlayStation 4 counterparts and, frankly, that was expected given the superior game engines of the latter.

The fact that the Nintendo Switch versions run on the Ignite engine as opposed to Frostbite means that FIFA 20 was always going to be limited from a gameplay perspective.

However, without any new gameplay innovations or game modes, including the shiny new Volta Football, what exactly are gamers paying for in the newest title? If you already have FIFA 20, it seems you're best keeping your money in your pocket.