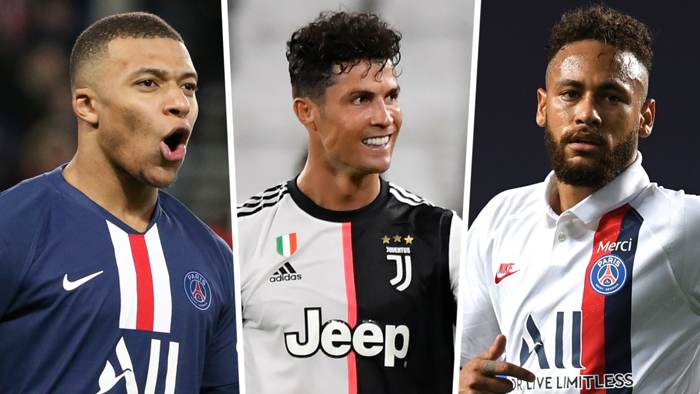 Cristiano Ronaldo, Kylian Mbappe and Neymar lead the list of players that have been given five-star skills in the latest edition of EA Sports' FIFA series.

The trio are once again among the top players in FIFA 21, with the two PSG stars and the Juventus, or Piemonte Calcio in-game,forward being recognised among the game's best skillers as well.

The list usually includes players near the top of the game, like Ronaldo, Mbappe and Neymar, as well as highly-regarded dribblers like Alan Saint-Maximin, Stephen El Sharaawy, Vinicius Junior and Yannick Bolasie.

Some major names near the ends of their respective careers are also included, with Franck Ribery, Nani and Zlatan Ibrahimovic all still regarded as some of the top dribblers in FIFA 21.

Here are all the players who have been graded as having five-star skill ability in the most recent edition of the game, and as such are capable of pulling off the most brilliant moves – if their user is capable of doing so.

There are plenty of tricks unique to 5-star skillers in FIFA 20, including the sombrero flick, the triple elastico, the advanced rainbow and the tornado spin left and right.

These are the most spectacular dribbling moves in the game and are capable of bamboozling any opponent, so are worthwhile honing if you favour a side that has a high technical level.

This year's game has seen the addition of three new skill moves: theFeint Forward and Turn, the Drag to Heel and the Ball Roll Fake Turn.

Here's the complete list of skill moves in this year's game: