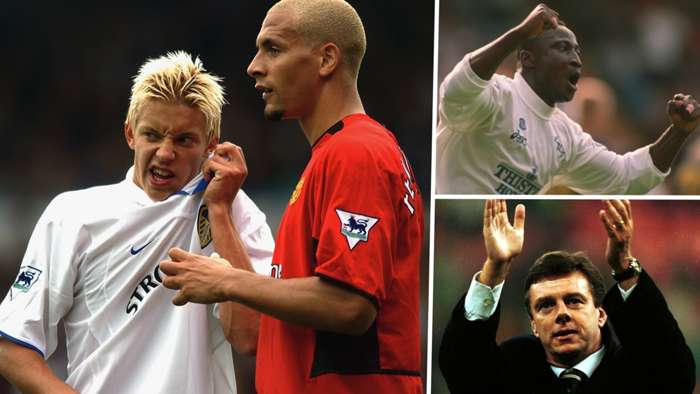 Leeds United are on the cusp of ending a period of wilderness outside of the Premier League that has stretched to adecade-and-a-half in duration.

Now led by legendary Argentine coach Marcelo Bielsa, their fast-paced style of play has earned plenty of admirers, but as much as impressing fans is important, getting the job done is the key.

So, as they aim to return to England's top table, Goal takes a look at the Yorkshire club's Premier League history and their most bitter rivals.

Leeds won the last First Division title in 1991-92,before the advent of the Premier League, and they finished four points ahead of second-placed Manchester United on that occasion.

However, the Elland Road side spent most of the ensuing decadesin the shadow of the Red Devils and even had to contend with losing some of their best players to them.

Eric Cantona is arguably the most notable example, having switched to Old Trafford in the middle of the 1992-93 season and going on to help Man United win the league in that campaign.

Others who crossed the divide includeRio Ferdinand and Alan Smith, whosigned for Man United in 2002 and 2004 respectively, during a period when the financial situation atLeeds was steadilyworsening.

Sometimes referred to as 'The Roses Rivalry' due to the historic animosities between Lancashire (red rose)and Yorkshire (white rose), it has inspired plenty of spirited terrace exchangesbetween both sets of fans.

The teams have not met competitively since their meeting at Elland Road in 2011, whenMan United triumphed 3-0 in the third round of the League Cup.

Leeds won the meeting prior to that in 2010, beating the Red Devils 1-0 in the third round of the FA Cup.

Chelsea are another rival of Leeds in the Premier League, having sustained many memorable encounters in the 20th century, particularly in the 1970s and 1980s.

However, the scale of animosity felt between the clubs has undoubtedly diminished and Leeds fans nowadays would certainly consider the Chelsea rivalry second to that shared with Manchester United.

Of course, Yorkshire club Sheffield United would serve as their local rivals in the division.

While Leeds won the First Division in 1991-92, they have never managed to get their hands on the Premier League trophy.

The club's best performance in the Premier League came during the 1999-00 season, when, steered by David O'Leary, they finished third - behind champions Manchester United and runners-up Arsenal.

The Whites were consistent competitors in the division throughout the 1990s, but their fortunes steeply declined in the early part of the new millennium, when they were beset with financial troubles.

Leeds United were relegated from the Premier League at the conclusion of the 2003-04 season.

They finished 19th in the table after winning just eight of their 38 matches, losing 21. They had the worst defensive record in the division that season, conceding 79 goals, and only Wolves had a worse goal tally.

Under Kevin Blackwell, Leeds managed to steady the ship in the 2004-05 Championship season and theycame close to a Premier League return the following season, losing the 2006 Championship play-off final.

Unfortunately for them, however, things deteriorated rapidly and they were relegated to League One at the end of the 2006-07 season.

The club spent a total of three seasons in League One, reachingthe League One play-offs in 2007-08 and 2008-09 before earning promotion to the Championship in 2009-10.

They havespent nearly a decade in England's second tier since and only managed to achieve a play-offs place in 2018-19, under the guidance of Marcelo Bielsa.

That campaign was the closest the club came to a Premier League return since 2006 and wasconsidered a major disappointment as they had been on course for automatic promotion.