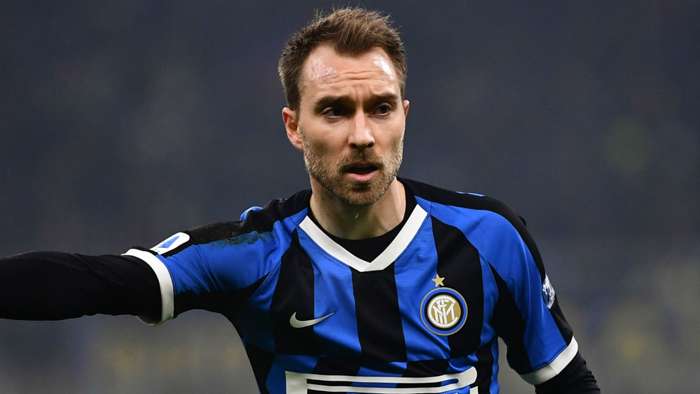 Christian Eriksen has been warned that he needs to raise his game in order to deliver on expectations at Inter, with Antonio Conte pointing out that the playmaker is not in England anymore.

He contributed 69 goals and 89 assists to the Spurs cause, allowing him to establish a reputation as one of European football’s top creative talents.

Inter were happy to buy into those qualities once it became clear that an exit door would be opening in north London.

Eriksen opted against committing to an extended contract at Tottenham, freeing him to head for Italy in the winter transfer window.

The 28-year-old has not made the impact expected of him in Milan, with a coronavirus-enforced break stunting his progress, and Conte admits improvement is required in order to earn a starting berth in his side.

The Inter boss told Sky Sport Italia after giving Eriksen just six minutes off the bench in a 3-1 victory over Torino: “He has to hold down certain levels, but balance is needed. He’s improving and he’s aware that he joined an ambitious club that is asking a lot of him.

“Expectations are high in Italy. The bigger the name you are, the more people expect from you.

“I’ve worked in England and the situation there is more enjoyable, more peaceful. He’s committed and doing well, but I have to make decisions for the good of Inter.

“When I pick a player, I don’t look from the neck up. I want them to carry on like this. This team have great spirit. Sometimes they need to believe in their quality more.”

Victory over Torino has lifted Inter back into second place in the Serie A standings, but they are eight points back on leaders Juventus and Conte says he is happy to step aside if his services are no longer required.

He added: “I was called to Inter for a three-year project, to bring them back where they deserve to be.

“Inevitably, that takes time. I came here with so much enthusiasm. I have faith. I started a three-year project and my contract lasts three years. After that, if they want to extend my contract...

“I’m happy, I know there’s a long way to go, but I don't want to overstay my welcome. If everyone’s happy with the job I’m doing, and I think that’s the case right now, from what I’ve been told, then I don’t see why we shouldn’t go on.