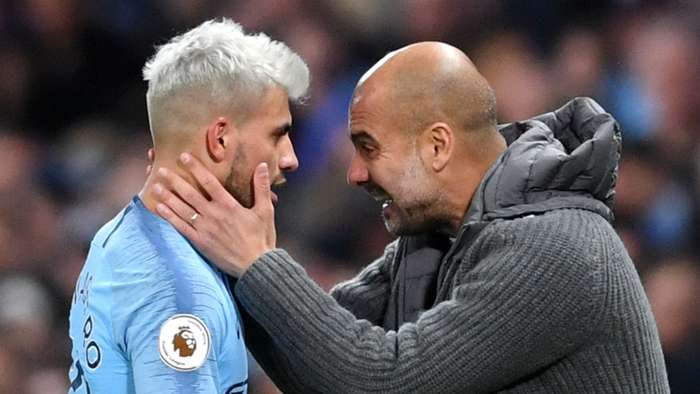 Khaldoon Al Mubarak says that Sergio Aguero and Pep Guardiola are free to make their own decisions on their futures as theManchester City chairman says contract talks with the two will be very "natural".

Aguero has been with Manchester City since 2011, having emerged as the fourth-highest goalscorer in Premier League history as well as the highest-scoring non-Englishman in the competition's history.

A pillar of Manchester City's four title-winning teams, Aguero is already a legend at Manchester City as he's helped guide the club to 13 total trophies during his time in England.

However, the club has had to say goodbye to several legends in recent years, with Vincent Kompany leaving last summer, while David Silva recently confirmed his move to Real Sociedad after a decade with the club.

And, if Aguero chooses, he'll have the freedom to leave on good terms just like Kompany and Silva did as Al Mubarak says talks over a new contract will be relatively stress-free.

"We've been very lucky and it's a testament to the type of players over the years, to have players like David Silva, like Vincent Kompany, like Pablo Zabaleta,like Sergio Aguero that have committed and stuck with the team for many, many years,"he told Manchester City's official website.

"They are part of the DNA of the club now and the decision of them continuing or stopping, it's the comfort zone that they have to decide.

"It's the same with Vincent. He left when he felt it was right to leave, and same with David Silva.

"Sergio is going to get the same and we are going to work it out together and it will be very natural wherever that is if it's next year or the year after. It will play out in a very comfortable way whatever Sergio decides."

Like Aguero, Guardiola is also in the final months of his deal, having joined in 2016 after a stint at Bayern Munich.

Al Mubarak expects talks with Guardiola to also be straightforward, as both sides have an understanding of what the other is looking for.

"We have a clear alignment on where we see for the future and what we want in terms of success for the club. It will be a natural conversation as we go and it will work out for the best for Pep, for me and for the club.”