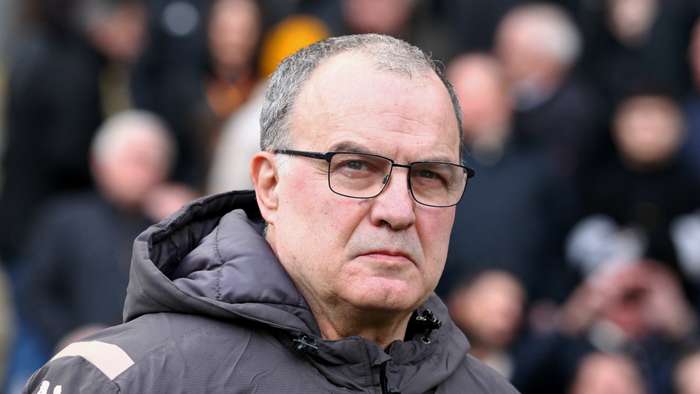 Marcelo Bielsa has confirmed, ahead of Leeds United's first game back in the Premier League, that an agreement is in place for him to stay on as head coach at Elland Road.

The 65-year-old masterminded Leeds' return to the top-flight after a 16-year absence by winning the Championship last season.

Bielsa's deal expired at the end of 2019-20 but Leeds have been working hard to agree fresh terms with the Argentinian, who is considered one of the most influential coaches in the game.

There has still been no official announcement on a new deal with two days to go until United's trip to champions Liverpool, but Bielsa has assured fans he is going nowhere.

"I will be working the next season at Leeds United," he confirmed at Thursday's pre-match news conference. "Everything has been sorted and it's definite I will be here this season, but like with every negotiation, nothing is done until it's done."

Asked why there has been a delay in agreeing a new contract, Bielsa said: "It isn't of importance. I have been working 100 per cent since we were promoted. The club, the fans, the players, they all deserve to be playing in the Premier League."

Leeds could not have picked a tougher first game back than a trip to Anfield, where Liverpool are unbeaten in the league since April 2017.

Bielsa, who has brought in defender Robin Koch and forward Rodrigo Moreno during the close season, has talked up opposite number Jurgen Klopp's managerial achievements ahead of this weekend's showdown.

"The work Klopp has done everywhere has given him the chance to shine everywhere," he said. "Anything I added would be repeating the praise he has already rightly received. They are just champions with a consistent style of play. Without a doubt they are one of the best teams in the world."

While Bielsa’s own future at Leeds has been uncertain in recent weeks, the Elland Road club have been busy bringing in players ahead of their first English top-flight season for 16 years.